Jackson column: The day the floodgates opened on the pro rugby era 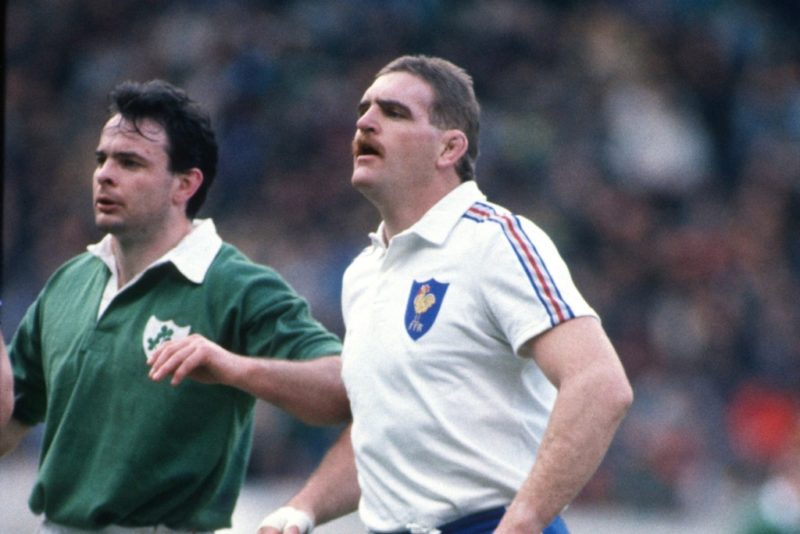 Almost a quarter of a century ago, Rugby Union arrived at the momentous decision to come clean and succumb to the filthy lucre of professionalism.

At the Hotel Ambassador on Boulevard Haussmann in downtown Paris, two very different global figures reached the same conclusion: a visionary Welsh barrister from the Amman valley, Vernon Pugh, and a South African multi-millionaire with a reputation as a playground bully, Louis Luyt.

When the news broke that Sunday, August 26, 1995, an unquantifiable number of international players would have asked the same rhetorical question to trusted confidantes: “What kept them so long?”

Eric Melville would have been one.    Of all those suspected of being paid to play a supposedly amateur sport, Melville stood alone, the one player who spoke the truth, fully five years before the Paris Summit.  What’s more, he did so without hiding behind any cloak of anonymity.

A South African from Cape Town who had lived in France from the age of 19, Melville was then the first-choice No.8 for Toulon and Les Bleus. When I advised him that his admission could result in his being banned for life, he said: “You’ve asked me a question and I’ve given you an honest answer.  I am not going to lie about it. It’s up to you.’’

Federation. Far from expressing the mildest surprise, let alone outrage at such a cardinal sin, his sole concern was that Melville would be drummed out of the game.

The story appeared, without Melville being named. At the time, others were guilty of more flagrant abuses of the amateur regulations so why should one be exposed to the risk of ultimate punishment for his honesty. “Next time you’re down this way,’’ Melville said from his home in Toulon. “We’ll have a drink.’’

The previous year a group of British players, mainly Welsh, joined a Rest of the World squad for two matches against the Springboks to celebrate the centenary of the South Africa Rugby Board.  The Welsh contingent went in defiance of their own union’s policy forbidding any contact with apartheid South Africa.

The scandal forced the resignation of several senior officers and led directly to the advent of Pugh, the rugby revolutionary.  Appointed to investigate Welsh involvement in the tour, the QC from Glynmoch bucked the age-old tradition of sweeping the dirt under the carpet.

Instead he reached a damning conclusion, that the WRU were unfit to run the game and that he suspected the players of having been paid, a suspicion duly confirmed by two subsequently admitting to receiving a fee of £35,000. In next to no time, Pugh became chairman of the WRU and of the IRB, now World Rugby.

It put him on a collision course with Luyt (as in Late), born and bred in the desert landscape of the Karoo in a little place called Britstown, named not for any Afrikaner love of the British but after a native son who became famous as an associate of the explorer, Dr David Livingstone.

By the time the IRB delegates converged on Paris, Luyt had earned an unshakeable reputation as the sport’s ultimate bull in a china shop, a one-man wrecking ball who had already demolished the law forbidding payment to players. Pugh, whose innate love of rugby did not blind him to the commercial realities, knew the score.

He led an urgent investigation into professionalism, chairing a committee which, ironically, included Luyt. At an IRB assembly in Vancouver in 1994, Pugh in his fearless way called for the large and often intimidating South African to be suspended.

The stout defenders of the amateur faith, led by RFU secretary Dudley Wood ably supported by the old guard in Ireland and Scotland, kept it alive until the late summer of 1995.  By then, battered almost to pulp, it had become indefensible.

Two months earlier Rupert Murdoch had paid £335,000,000 for exclusive broadcasting rights to the SANZAR championship. The Wallabies had been presented with contracts worth around £50,000-a-man, not by Murdoch or Packer but the Australian Rugby Union.

The Springbok captain, Francois Pienaar, had been promised a ‘performance fee’ of US$300,000 to sign his team up to the World Rugby Championship, as proposed by former Wallaby prop Ross Turnbull and backed by Packer.  They were offering salaries of up to £160,000-a-year – in 1995.

At the Ambassador Hotel, NZRFU chairman Rob Fisher asked Luyt to address the subject. What he said banished the notion that there was any debate to be had.  He presented the game with a fait accompli.

“Mr Chairman, I am here today to declare South African rugby as professionals,’’ he said.  “But now, if I have the chairman’s permission, I would like to go around the table and ask each and everyone whether they have ever paid their players.  Let’s start with England.’’

Their delegates, the outspoken John Jeavons-Fellows who had been a major creator of the English League and former Test referee Peter Brook, had been mandated to vote against professionalism. Each knew that Luyt’s confession made maintaining the status quo impossible.

Even the doughty Scots knew the amateur game was up.  “There was no way we could go on keeping our finger in the dyke,’’ Allan Hosie, the former Test referee who was there as an IRB delegate, said. “The dam was overflowing.  The tidal wave was only going to get bigger.

“Everyone knew payments were being made to players.  The right decision was taken and, on reflection, it might have happened sooner.   Vernon Pugh was very shrewd. He knew what was going on.”

Pugh died in April 2003 at the age of 57,  Luyt ten years later at 80. As for Eric Melville, well plenty of time to take him up on his invitation – until his sudden death at 55 two years ago.

In their tribute, Toulon described him as ‘an exceptional man, generous and full of humanity’. I like to remember him as the George Washington of rugby players, one who never told a lie.