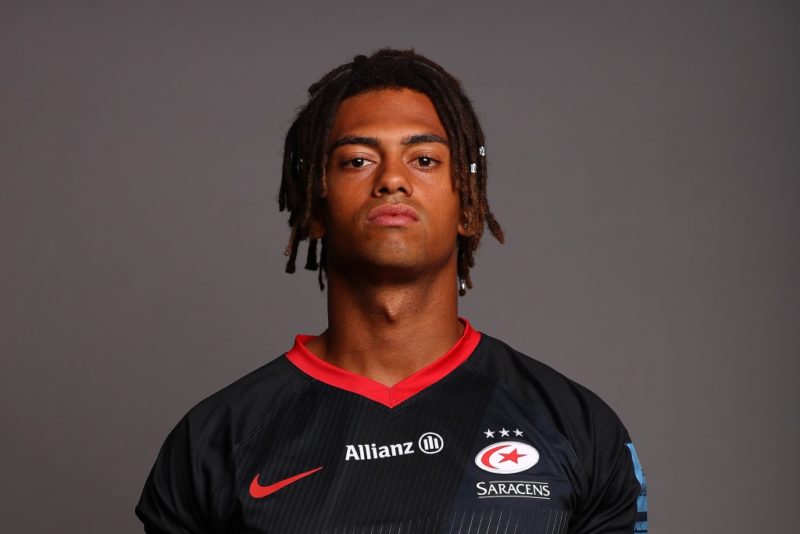 Elliott Obatoyinbo is a man in a hurry, metaphorically as well as physically, and a big season lies ahead for the 20-year-old former Stoneyhurst and Harrow schoolboy.

Inspired as a youngster by the dazzling feet of the flying Fijians Sevens team and his old Harrow school coach and former Northampton and London Irish centre Joe Ansbro, Obatoyinbo was spotted by Saracens three years ago and looks destined to achieve big things.

A stellar 2018/19 development campaign saw him star as Saracens lifted the Premiership Shield on the same weekend the senior side claimed the Champions Cup in Newcastle, having already helped loan club Ampthill clinch promotion via the National League One title.

Obatoyinbo, who is equally accomplished at wing or full-back, now has his sights set on first team rugby at Saracens.

He said: “I played in the Premiership Cup last season and, with the World Cup being on, there should be quite a few opportunities for younger guys.

“I was at Ampthill last season, played for London Scottish as well and then got involved in the Premiership Shield and Premiership Cup.

“It was a really good mix of rugby with the speed of the Premiership Shield and toughness of the Championship and National League rugby, so I had to adapt the way I played and it was good having that taste of everything.

“To win the Premiership Shield with Saracens as well was really good and it was great to do our bit for the club on top of us winning the Premiership and Champions Cup. There’s a really good culture here and us younger guys are all really excited for what’s coming now.”

Obatoyinbo, who started out as a centre – hence his admiration for Ansbro – is benefitting from the role models at his disposal.

He explained: “I’m picking the brains of Liam Williams, Alex Goode and Dave Strettle, an old-fashioned winger who’s still training with us.

“I looked up to Joe Ansbro growing up, but since switching to the back three I’ve also looked carefully at guys like Ben Smith, with his game intelligence, and Nehe Milner-Skudder, whose amazing feet were a big part of New Zealand’s World Cup success in 2015.

“I can play at full-back or wing, I’m not fussed either way, so they’re all really good guys to watch and learn from and having Liam, Alex and Dave at the club is great.”

Proud of his Nigerian roots, Obatoyinbo also used to star for the Racing Club Academy, an invitational Sevens team that his father, Iby, helped to found and which was inspired by the rugby heritage of the Reading West Indians, Racing Lagos and London Nigerian RUFCs.

Obatoyinbo added: “Dad’s Nigerian, mum’s English and the whole point of the team is for guys to have some fun.

“I can’t play anymore but it’s a brilliant idea and every year they take a vets team to play in Dubai. It’s great and I’m really proud of my Nigerian heritage.”