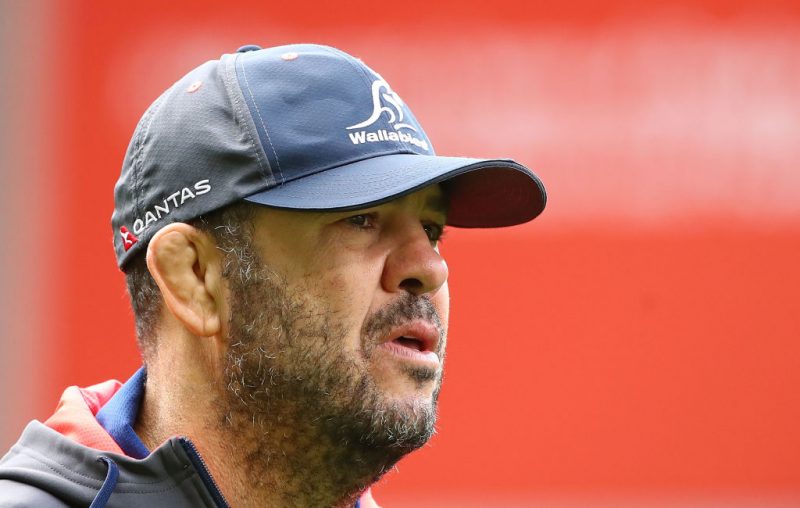 MICHAEL Cheika and Eddie Jones have more in common than playing in the same era at Randwick. Wallaby coach Cheika and his England counterpart Jones have got a shared problem which played a significant part in their summer series defeats.

As both sides went down 2-1, with Australia suffering a home series defeat to Six Nations Grand Slammers Ireland, while England’s slide continued with an away reverse at the hands of South Africa, the common denominator was ill-discipline.

Neither side seemed to be able to read what the referees wanted, with the Wallabies continually spiking their own momentum against the Irish by conceding needless penalties. England were no better, squandering commanding early leads in the first two Tests by allowing the Springboks to rattle them.

However, there is an important divergence between Cheika and Jones in how they handle referees after matches. No coach likes losing, but Cheika has earned a reputation for incessant carping at referees and TMOs. By and large, rather than castigating the men in the middle Jones puts the main burden of responsibility on his players to become more streetwise.

By comparison, Cheika, below, can barely contain his frustration with match officials. Following controversial calls where Wallaby full-back Israel Folau was sin-binned for a high ball challenge against Peter O’Mahony in the final Test in Sydney, and Wallaby scrum-half Will Genia fractured his arm after an off-the-ball shoulder charge by Irish loose-head Cian Healy in the second Test in Melbourne, Cheika made the mistake of showing his exasperation.

The Australia coach took the antagonistic route of inviting French referee Pascal Guazere and his assistants, and TMO Ben Skeen, to attend the post-match press conference so that they could face questions from the media.

Cheika said: “I don’t want to be the guy who looks like he’s a moaner because that’s how it always ends up. You get portrayed as a moaner or a whinger, so let’s just get on with it and they can answer it themselves…”

The upshot is that Cheika comes across as the whinger he doesn’t want to be, who complains consistently that his team are on the wrong end of refereeing decisions. By contrast, Jones seems more comfortable with the script that you win some, and lose some.

There are no prizes for guessing that Gauzere and company declined the offer, leaving Cheika down in the dumps. Soon after losing the decisive third Test 20-16 the Wallaby coach said he could see no upside to losing the Lansdowne Cup to the Irish.

“We’ve shown a lot of commitment, but I can’t find those positives in the defeat thing… We wanted to win the trophy – didn’t get to win it,” was his summary of a series that was in the balance to the final whistle of the third Test. 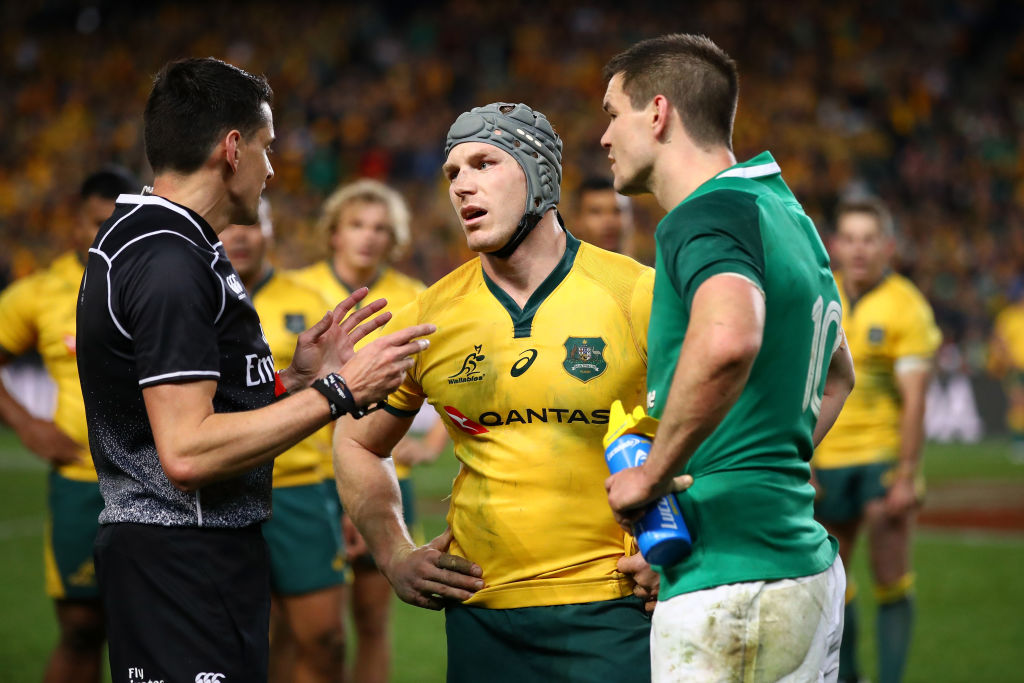 Ill-discipline: David Pocock pictured in one of many lectures from the referee about his team’s penalty infringements (photo: Cameron Spencer/Getty Images)

Where discipline is concerned Cheika will almost certainly have taken stock ahead of the Rugby Championship that in their last seven consecutive Tests the Wallabies have had a higher penalty count than their opponents. He will also have registered that the last time they had a lower penalty count, Australia recorded their most significant win of the last year, beating New Zealand 23-18 in Brisbane.

On reflection, it will also not have been lost on Cheika that there were positives for his Wallaby side as well as areas where they will have to improve to stand any chance of breaking New Zealand’s stranglehold on the Southern Hemisphere’s big annual tournament.

At the top of the list is an Australian scrum which is fast becoming a strength rather than their traditional Achilles heel. Scott Sio is developing into a punishing loose-head, while the progress of the “Tongan Thor” Taniela Tupou at tight-head means that the veteran Sekope Kepu has genuine competition for the No.3 shirt.

On top of that the Wallabies have David Pocock, who proved again in the series against Ireland that he is not just a menace at the breakdown, but a world-class flanker in every respect. 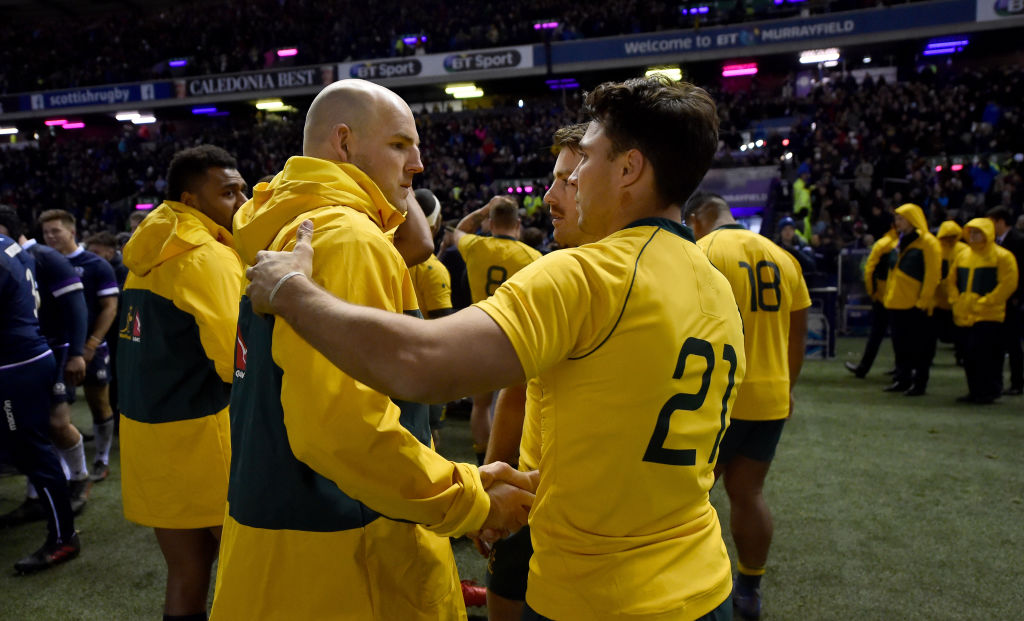 On the debit side the Australian line-out did not provide the hoped-for return against the Irish. The two abrasive new hookers, Brandon Paenga-Amosa and Tolu Latu, will need to make significant improvements in the accuracy of their line-out throwing during the Rugby Championship. Their inexperience was highlighted by the frequency with which the Australian throw went to the front, rising to 40 per cent in the decider in Sydney with the Irish piling on the pressure.

However, while the Wallaby pack showed overall that it had the grunt to match the Irish, Cheika will be vexed that his backs gave the ball away far too cheaply with their hit-or-miss tactical kicking, with Genia the only exemption.

Fly-half Bernard Foley, replacement scrum-half Nick Phipps, full-back Israel Folau and inside-centre Kurtley Beale were all found wanting when it came to putting pressure on the Irish through accurate kicking.

This was highlighted during the second Test when Australia were unable to turn the screw on the tourists after they had been reduced to 14 men following Healy’s sin-binning for his off-the-ball collision with Genia. By kicking the ball down Irish throats the Wallabies lost the ten minute period 3-0 on the scoreboard.

An attendant concern for Cheika is that while he has a classy Test half-back combination in Genia and Foley, especially when it comes to attacking ball in hand, there is no understudy pairing pushing them for their places. The mercurial Beale is more effective as a second playmaker in the centre than he is at fly-half, and while Phipps is an experienced Test No.9 he is more head down then he is a tactician.

It is that tactical shortcoming – especially in Australia’s kicking game – that Cheika will have to attend to if his promise to Wallaby fans that his team will come back in better shape when they play New Zealand in Sydney on August 18 is to be kept.