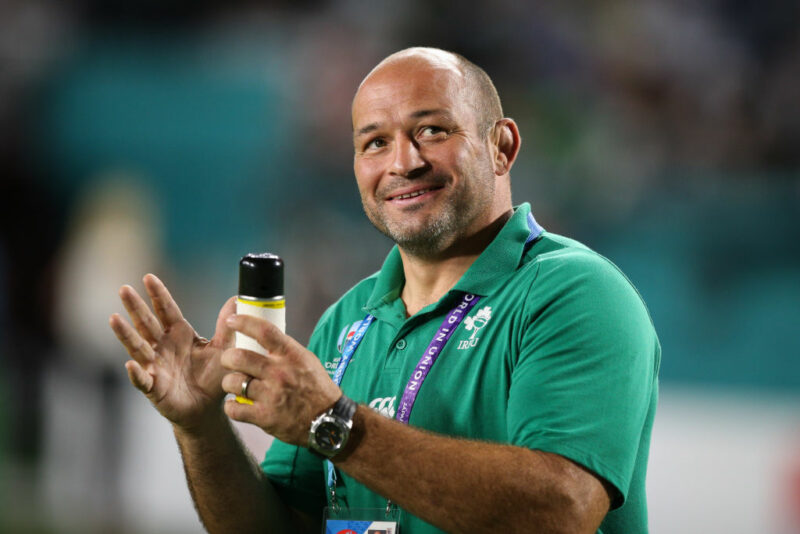 Ireland captain Rory Best has confirmed he was approached by Bristol Bears over a move to Ashton Gate.

As exclusively reported by The Rugby Paper on November 24, Pat Lam sought to tempt the 37-year-old hooker out of his retirement plans to help the Bears challenge for the Premiership.

Bristol want to vie for the title with Exeter Chiefs and Northampton Saints after the salary cap sanctions handed down to Saracens throws them out of the mix.

And while also motivated to ease the minor injury crisis which has beset his options at hooker, Lam’s plans for Best were almost enough to persuade the veteran who has ultimately decided to turn down a lucrative offer.

Speaking to the Belfast Telegraph, Best said: “Immediately post the World Cup, you’re full of (thoughts like) ‘I feel alright, I feel like I could keep playing and I want to keep playing.

“There was nothing really, and then Bristol came in and it was almost like a bit of a snowball effect. There were a couple of other options after that.

“I think if I was ever going to go anywhere, Bristol would probably have been the one.

“It was actually quite nice – you think you are done and then you get this option and you sort of go ‘Maybe I am not completely done after all.’

“The thought of someone wanting you is quite a nice feeling whenever you are retired or about to retire.”

Best announced his intentions to retire at the start of the year after a record-laden Test career with Ireland and achieving legend status with Ulster.

But elaborating further on ‘Bristol being the one’ to tempt him most out of retirement, the front-row forward shared the links he has with the Premiership club.

He said: “You look at Bristol and Pat Lam is someone who I admired as a player”

“I sort of used to be a Newcastle Falcons supporter, watching him there, and then what he did at Connacht and what he is doing at Bristol.

“It’s sort of something that you looked at (doing) if you ever wanted to get into coaching to learn, and to go from Joe (Schmidt) to him would be incredible.

“Obviously with John Afoa, Charles Piutau, Kevin Geary (head of strength of conditioning), the physio is from Ulster as well, Rory Murray, there are so many people.

“For a bit, you are kind of looking at it going ‘This is an incredible opportunity.’

“I think in the end, I looked at it and went ‘the family are ready to have me home.’

“When you tell the young kids something, that’s it. It’s hard to change. They are kind of going ‘we want to be at home.'”