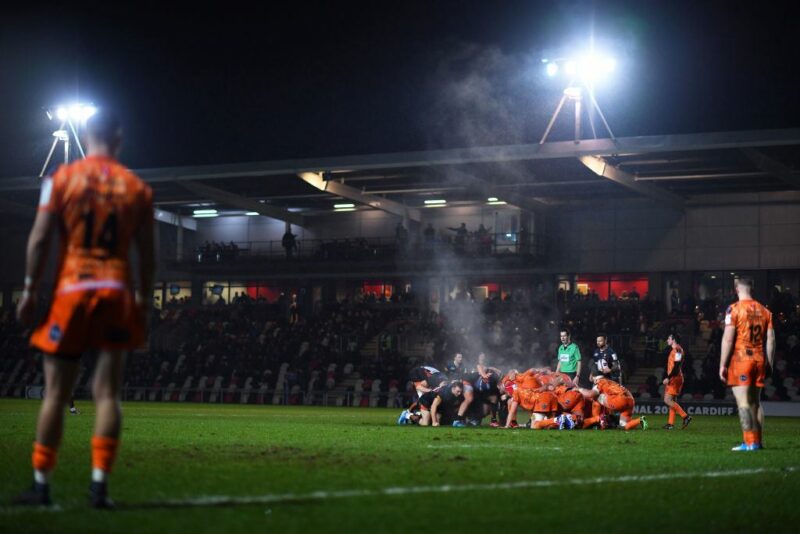 A blanket ban on scrums throughout Wales will raise alarms over the fitness of their regional teams for next month’s scheduled return to action.

On a weekend when the English Premiership announced a condensed fixture list with effect from August 15, the Welsh Assembly eased some lockdown restrictions on sport but their outlawing of scrums until further notice threatens to disrupt the PRO14’s restart due seven days later.

Having scrapped four of their unplayed six rounds, they have arranged derby matches between the four Irish provinces, the four Welsh regions and the two city clubs in Scotland for August 22 and August 29 – fully six months since their last matches.

The Welsh Government clearly see close-contact scenarios like rugby scrums as a serious threat in their fight to rid the country of COVID-19. Unless First Minister Mark Drakeford sees fit to lift the ban by the end of the month, the Blues, Dragons, Ospreys and Scarlets could be left kicking nothing more than their heels.

“We would all need at least three weeks’ contact training before our first match,” a spokesperson for one of the regions told The Rugby Paper. “The players are working on their fitness in small groups but we’re a long way off being ready for contact work.

“Other countries, notably Italy and to a lesser extent Ireland, are ahead of us in terms of recovery. Scrummaging is still some weeks away. We can only hope that by the time we’re ready, the Welsh Government will have lifted the ban.’’

The Welsh Rugby Union reacted by urging clubs to ‘remain patient and actively take part’ in on-line discussions. Rugby Operations manager Julie Paterson said: “It’s vital that we keep player welfare and the importance of public health at the heart of our planning.

“Rugby is a close-proximity sport, even with modified rules so a considered, phased approach is vital. We are determined to be part of the solution of COVID-19 so we are looking at all measures that need to be in place to ensure that players are physically prepared to safely return to contact as and when social distancing is no longer mandated by the Government.

“Our role is to ensure that we issue clear guidelines to safeguard the game and the general public and make rugby facilities as robust as possible.’’