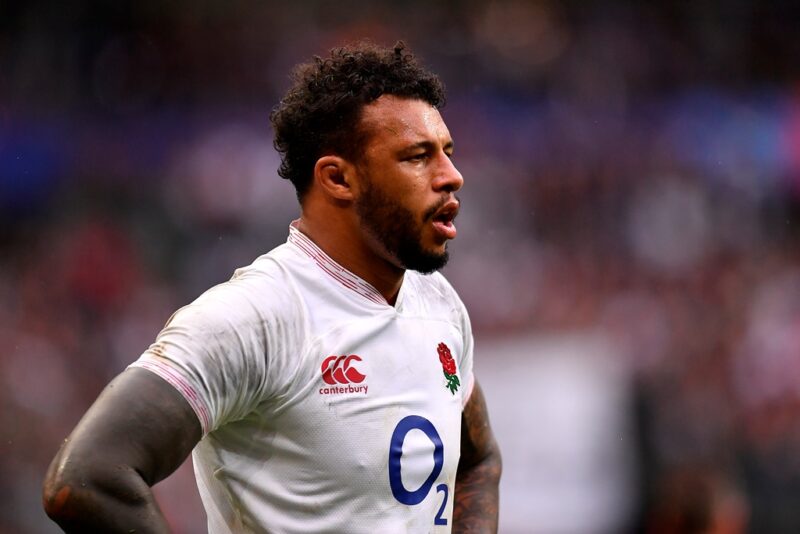 Courtney Lawes has ended speculation linking him with a lucrative move to Beziers in Pro D2 by signing a new contract with Northampton Saints.

The England lock and Saints teammate Dan Biggar have were reported to be of serious interest to Bezier, giants of French rugby during the 1970s who are close to completing a takeover by billionaire UAE investors.

A consortium, fronted by former France winger Christophe Dominici have, are plotting a rapid ascension to the Top 14 from French rugby’s second tier. Bezier are reported to be considering moves for Beauden Barrett, Ma’a Nonu and Benjamin Fall.

But Lawes, 31, is believed to have committed his future to Saints and in doing so keeps his England career alive by not entertaining a move outside the Premiership.

Capped 85 times by England, the new contract is expected to keep Lawes at Franklin’s Gardens through to the 2023 Rugby World Cup – what would be the fourth quadrennial tournament of his career.

The 29-year-old has opted to take his career elsewhere as Premiership clubs rush to agree new terms with some of their squad created by the new salary cap changes.

Gibson’s contract will expire on June 30 and leaves with Chris Boyd’s best wishes.

“There is a possibility for Jamie to return should we suffer a spate of injuries, but, if he has played his last game then we wish him and his family every success and happiness for the future,” Boyd said.

“Jamie has been a fantastic servant to Northampton Saints. He is a shining example of what it means to be a professional; Jamie gave his all every time he pulled on a Black, Green and Gold jersey, and the consistency of his performances over the last few years is evidence of that.”

Gibson joined Saints from rivals Leicester Tigers in 2015 and has accumulated more than 100 appearances.

Voted as Northampton Supporters Player of the Year and included in BT Sport’s Dream Team for the 2017-18 campaign, Jim Mallinder’s last as director of rugby.

For Gibson, the unlikely chance of a new deal had been made clear before lockdown

“Prior to the pandemic the blub and I had spoken about the future, but circumstances have understandably led to certain opportunities no longer being available, which is sad,” he explained.

“However I’m currently exploring a number of new opportunities, both inside and outside of rugby, and my family are very excited about what the future holds for us.

“If I do not get the chance to run out at Franklin’s Gardens again, then I’d like to thank my teammates, coaches and the supporters here at Saints for everything they have done for me the last few years. Playing at the Gardens was always a brilliant experience and I look forward to hopefully returning in the future.”