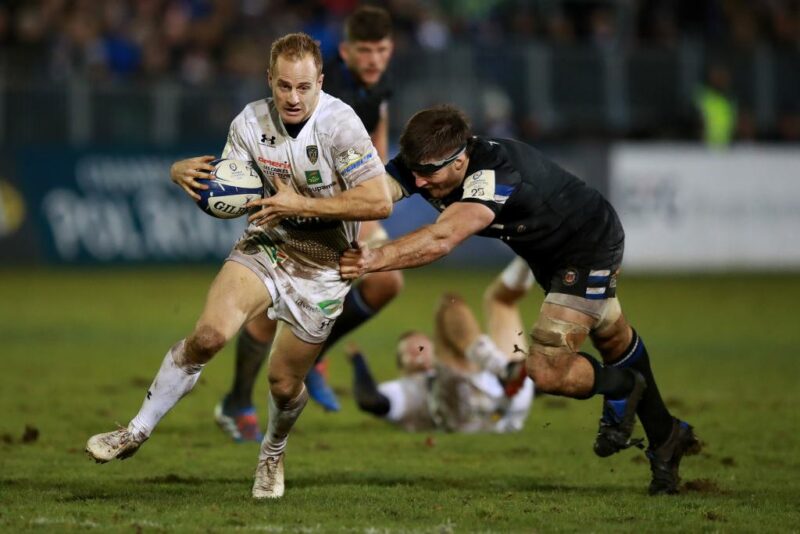 Nick Abendanon has spoken of his frustration at potentially having to quit rugby after seeing his hopes of a Premiership swansong torpedoed by the coronavirus crisis.

Popular former England and Bath full-back Abendanon had been close to agreeing a deal that would have seen him return to the UK after six years at Clermont Auvergne.

However, with January’s Covid-19 outbreak hitting rugby finances around the globe, Abendanon, 33, told The Rugby Paper: “I’m out of contract at the end of June and had a couple of potential options that looked very promising, but both of those have dried up.

“That’s obviously disappointing and at this stage it looks as though I’m going to be hanging up my boots, unless something else comes along in the next three months.”

Abendanon added: “There were two options back in the Premiership and a few things in France’s Pro D2, but there’s nothing for me in the Top 14. I’d been looking forward to going back to the UK for one last big challenge in top-flight rugby, but that looks over now.

“It’s a shame because the body is definitely not ready to stop and I feel I’ve got a lot to give a team. I’ve still got the motivation and if something was to come up in the Top 14, my wife and I would strongly consider staying because we love the way of life here.

“But going back to the Premiership would be my ideal way to finish.

“My in-laws live outside Bath, my parents are in the Cotswolds and I still have many friends in the Bath area, so if we ever did settle back in England that’s where we would probably want to go.”

Meanwhile, Abendanon has blasted proposals by French rugby president Bernard Laporte to axe the European Champions Cup and replace it with an annual Club World Championship.

Laporte’s plan would effectively end the dreams of most top-flight players to compete against the top teams in Europe, something Abendanon refuses to countenance.

“Bernard Laporte is quite controversial in his views, but as a player I wouldn’t like to see the Champions Cup disappear,” said Abendanon.

“People who play in the competition know how prestigious it is and the step up in intensity is akin to Test rugby.

“It’s the pinnacle of club rugby and competing against the best sides in Europe is always the main goal of any player, so it would be terrible to see it go.”

With Clermont slated to face Racing 92 in this season’s Champions Cup quarter-finals whenever play is able to resume, Abendanon added: “For a club like Clermont it’s the Holy Grail, and it’s been that way for so many years, going back before my time here.

“We’ve been to three finals without winning it and this year we were backing ourselves to try and get there again.

“If the competition disappears before Clermont get a chance to win it, I can tell you now that the people around here would be pretty angry.”