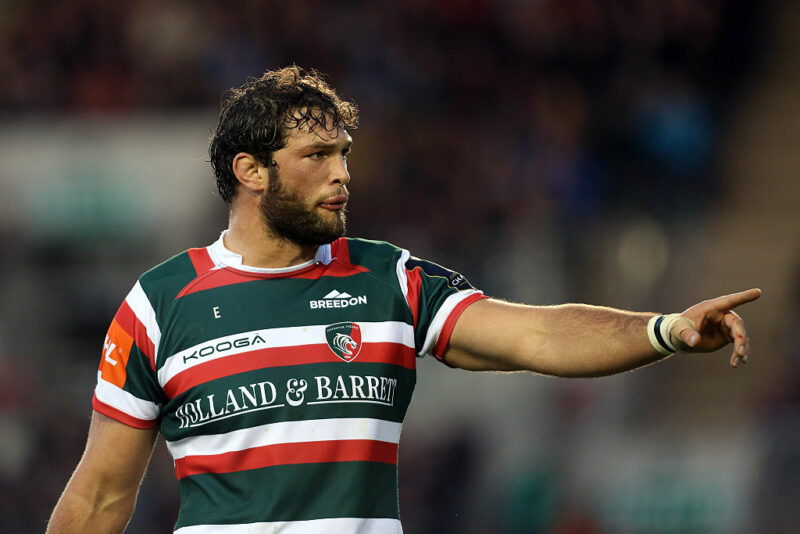 Former Leicester lock Dom Barrow has explained how the crushing disappointment of England rejection in 2017 proved to be the catalyst for him quitting the game.

Barrow, a member of the England U20s team that achieved ground-breaking Junior World Cup glory in 2013, might have been lining up against Ireland today had things worked out differently.

Instead, having left Saints last March and subsequently rejected a lucrative move to Japanese rugby, Barrow, 26, is throwing himself wholeheartedly into a new world of green technology as managing director of Pure-EV, a firm specialising in installing electric vehicle charging points.

Explaining his transition from second row enforcer to eco-warrior, Barrow told The Rugby Paper: “I’m still young but it was a life choice. After leaving Northampton I was offered a contract in Japan which I thought long and hard about. It would have been the most lucrative of my career but I’d been a professional for eight years and felt I’d given everything I could to rugby.

“It was nothing to do with depression, mental health or anything like that, although there are always highs and lows in the game. Missing out on the 2017 tour of Argentina was one of those low points – a crushing blow in many respects – because I’d been named in an initial squad and had been speaking to the coaches regularly, but when the squad was announced I wasn’t in it.

“I’d had no prior indication, nothing. I didn’t know until it was announced so that was one of the hardest times and I found it difficult to get over. I’d been proud of what I’d achieved with Leeds, England U20s, Newcastle and Leicester and I’d played very well the season prior to that, but from then on I found my motivations changing as business opportunities came along.”

Barrow explained: “I’d been having conversations with Tom Coates, my business partner, around EV charging solutions and it’s a really exciting new market. Clean air technology is something I’ve had an interest in for a long time and I care deeply about conservation and wildlife.

“We’re doing so much damage to the world through climate change and global warming so Tom and I are trying to do something about it and hopefully others will follow, but obviously it meant having to make a pretty big and bold decision to call time on my playing career.

“I’ve got a son who’s seven-months old and that puts things in a different perspective when you think about what’s happening to the world. Pure-EV is the thing I’m passionate about now so while the offer from Japan was fantastic, I’d have been going for the wrong reasons.”

While Barrow must watch England from afar now as former U20s colleagues Luke Cowan-Dickie, Henry Slade, Jack Nowell and Anthony Watson hit the heights, he has no regrets.

Barrow adds: “I’m pleased with the decision I made and England are in a good place, particularly in the second row.

“They’re a very accomplished team now and to see so many lads I used to play with involved is really pleasing. It’s a pleasure to see those boys go from strength-to-strength and England should have a good future.”