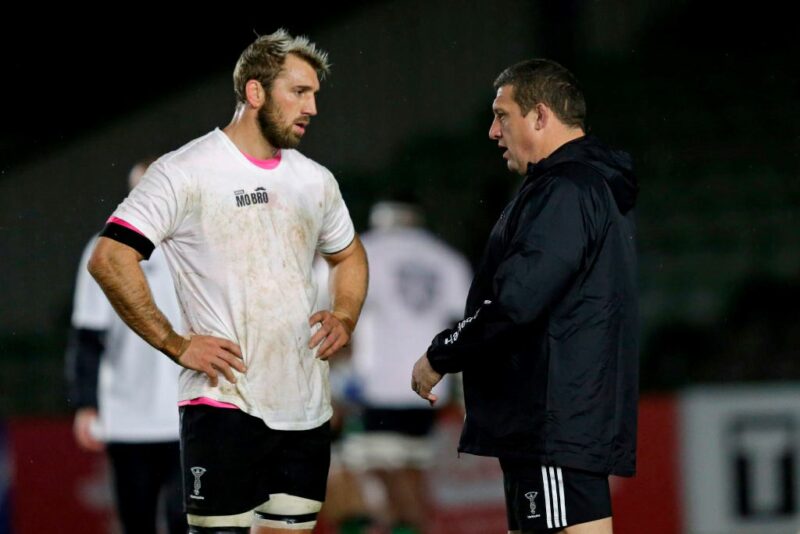 Toby Booth will leave Harlequins at the end of the season and move into a senior role with Ospreys.

Booth will be the first piece in a new-look coaching structure at the Liberty Stadium, as revealed by TRP on February 16, after agreeing to a three-year contract with the Ospreys board to become head coach.

The region parted ways with Allen Clarke last December following a disappointing start to the campaign, with a number of key personnel missing out with injury.

Former Wales head coach Mike Ruddock was brought in as performance director on a one-year contract, and steadied to ship to lead the Ospreys to a first win in four months when they beat Ulster mid-way through February.

And for forwards specialist Booth, the chance to head to south Wales was too good to turn down.

“When the opportunity was presented to join such an iconic Welsh team, based in an area that has a deep passion for the game, it made it an extremely attractive proposition,” said Booth, who joined Paul Gustard’s set-up at Harlequins as assistant coach in November.

“The Ospreys is a side full of rich talent and international experience. It is an ambitious group and has good potential to improve.

“Having developed players throughout my career, I look forward to adding value to this squad of players and developing their performances on the pitch.

“This rich rugby region has always produced young talent. The ability to help players reach their potential was a contributing factor in wanting this role.

“A team that has high numbers of home-grown talent is exciting for coaches and supporters. It helps achieve greater levels of consistency in effort as they are emotionally connected to the team.”

Booth was brought in by Harlequins late last year after the departure of Alex Codling as forwards coach.

“Whilst we are sad to see him leave, we are naturally delighted for Toby to have the opportunity to be Head Coach at the Ospreys,” Millard said. “When we appointed Toby, he was transparent from the outset, stating that if the right head coach role became available, he would want to explore it.

“Toby had an immediate impact, has built strong relationships with all in our building and I have no doubt it will be business as usual for the rest of the season.

“Gussy (Paul Gustard) and I will make sure his replacement for next season is the right person and coach for our players, staff and Club – that process has now begun.”

Ospreys currently lie at the foot of Conference A in the PRO14, having lost ten of 12 matches.