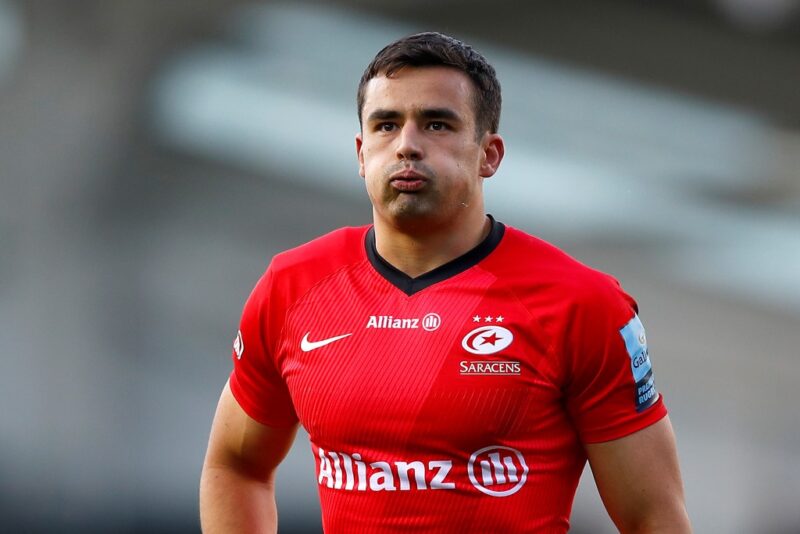 BATH are leading the hunt for Alex Lozowski as the departures from disgraced Premiership champions Saracens pick up the pace.

Lozowski, 26, is out of contract this summer and is set to leave Allianz Park in a bid to revive his international career.

The son of former Wasps and England centre Rob, he moved to Saracens in 2016 after a two-year stint with his dad’s former club.

Lozowski, who plays at centre or fly-half, and started his career with Leeds Carnegie is a leading target for Bath boss Stuart Hooper.

Springbok prop Vincent Koch is attracting interest from his native South Africa with the Blue Bulls hoping to sign him.

England second row George Kruis is set to knock back La Rochelle because he fancies a move to Japan. La Rochelle have started to follow Will Skelton on Instagram while Lyon have also been linked.

Nick Tompkins, who was called into Wales’ Six Nations squad, is a target for the Scarlets who would like to take him on loan next season.

Blindside understands that several Premiership clubs have put talks on hold with earlier targets because they are trying to grab a bargain from any Saracens fire sale.

But the majority of Saracens’ England hopefuls are likely to leave on loan while stars like Owen Farrell, Maro Itoje and Jamie George are staying.

We have also heard Saints could be interested in Ben Earl while Bristol have also been looking at him.

Chiefs could also come in for Max Malins while Jack Singleton and Nick Isiekwe could also depart.