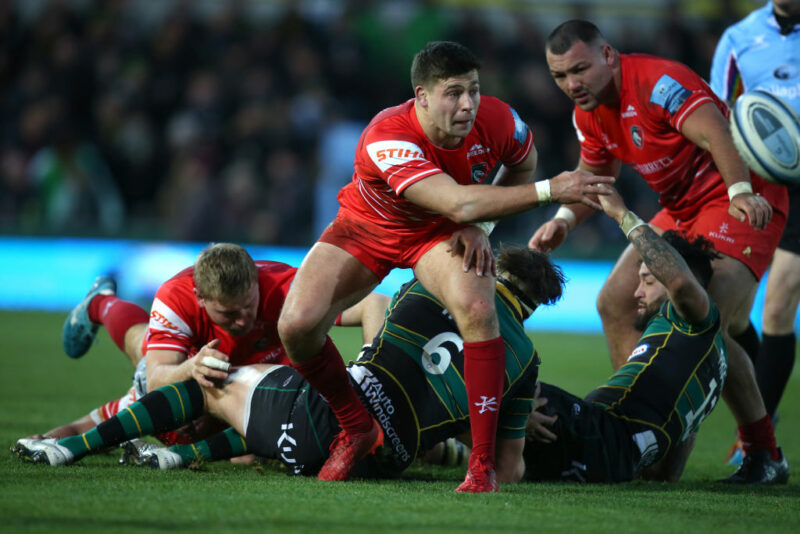 NORTHAMPTON Saints are ready to launch an audacious move for England scrum-half Ben Youngs if he does not agree a new deal with Leicester Tigers.

Youngs is one of a number of the Tigers’ contingent of England players who are coming into the last six months of their current deal.

The British & Irish Lions star, 30, has spent the whole of his career at Welford Road and switching to the Tigers’ bitter East Midlands rivals wouldn’t go down well.

Youngs, who has 95 caps to his name since making his debut at Scotland in 2010, is poised to become only the second player to be capped 100 times by England.

He is currently joint-third on the list of most-capped England players with Tigers team-mate Dan Cole while only Dylan Hartley and Jason Leonard have played more.

Blindside understands Youngs wants to win 100 caps for England which he could do if he is an ever-present during the Six Nations early next year.

It could give Saints the edge in any talks that could take place if the Tigers don’t persuade him to put pen to paper by the New Year when he would be free to speak to rival clubs.