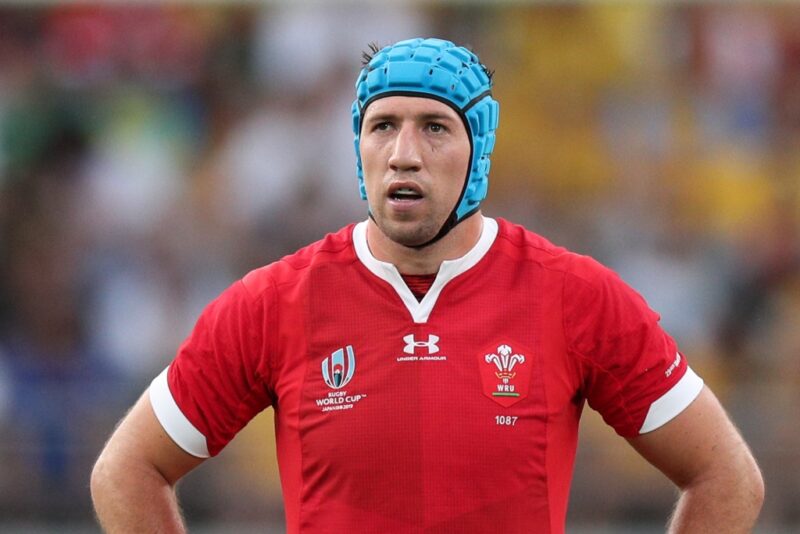 JUSTIN Tipuric is weighing up a £500,000-a-year offer from Premiership leaders Bristol Bears – with some of French rugby’s biggest clubs also keen on the superstar Wales flanker.

Tipuric is on the wanted list of ASM Clermont Auvergne, Toulon and Toulouse, who are all interested in bringing him to the TOP14 from Welsh crisis club Ospreys.

Bristol are also very keen on the 30-year-old, who has won 72 caps for Wales and one for the British & Irish Lions. Tipuric is out of contract with the Ospreys at the end of the current season.

Should Ospreys captain Tipuric opt to leave the Liberty Stadium, he would still be eligible to continue his international career as he exceeds the 60 caps required to play club rugby outside Wales.

Tipuric’s superb performances over the past year in Wales’ Six Nations Grand Slam and their run to the World Cup semi-finals have made him one of the hottest properties on the market.

He has previously stated his love for the Ospreys and head coach Allen Clarke will be desperate to retain one of his star players.

“We don’t have the biggest squad in the world, but we’ve got a good bunch of men and I hope they are starting to understand what they could achieve together,” said Clarke.

“I believe if we can get the majority of our top end players on the field, keep developing our young players, and add to the squad, then we can take on anybody in Europe. Our strength will be in developing squad depth. It’s well documented we are going through a rebuild.”

Trebanos product Tipuric played club rugby for Aberavon but has spent his whole professional career with the Ospreys. He has won three Celtic titles in his time at the Liberty Stadium.

But with the Ospreys struggling this season, Tipuric could see this as the moment to seek pastures new and he would certainly increase his salary with a move to Bristol.

Pat Lam’s Bears top the Premiership after four rounds and have space for a top class openside flanker with Jake Heenan and Dan Thomas their current options.

Despite a horrendous start to the season which has seen the Welsh region win just one of their opening six Guinness PRO14 fixtures, Clarke is confident the Ospreys can become a force again.

They are in a tug of war with bitter rivals Scarlets for Wales and British & Irish Lions full-back Liam Williams who is set to leave Saracens at the end of the season.

Clarke said: “If Liam is interested in coming back to Wales we want to attract that sort of player.

“We’ve got limited resources in that position with only one recognised full-back so we would be foolish not to consider a player of his quality. Certainly it’s an area we wish to recruit in and I’ve already had this conversation with Dan Evans who has been excellent for us.”