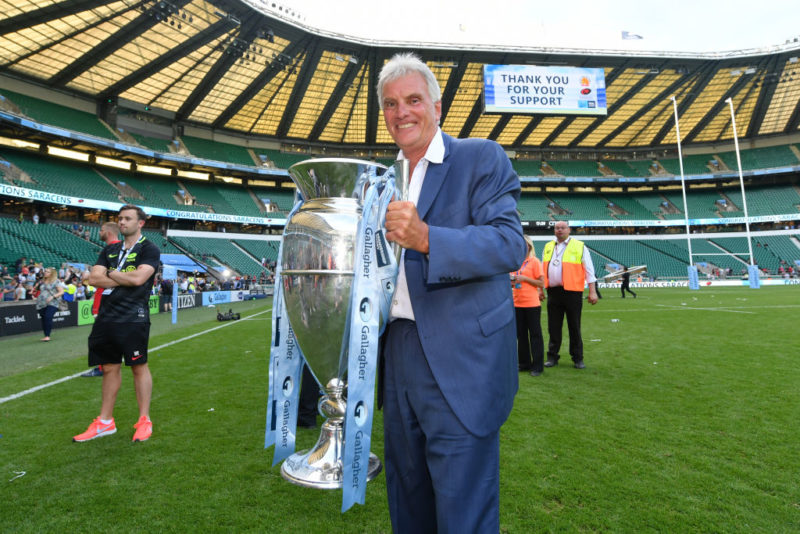 Saracens owner Nigel Wray has confirmed the club will appeal the findings of an investigation which led to an unprecedented 35-point deduction and £5.4m fine for breaching salary cap rules.

A seven-month inquiry by Premiership Rugby (PRL) has resulted in Saracens now lying bottom of the standings on minus-26 points, and after 25 years at the club Wray defend what has been built at the Premiership champions.

“For over 25 years, I have put my heart and soul into the game I love. Together we have created something incredibly special with the Saracens family, both on and off the field,” Wray said.

“This is absolutely devastating for everyone associated with this amazing group of players, staff, partners and fans. It has been acknowledged by the Panel that we never deliberately sought to mislead anyone or breach the cap and that’s why it feels like the rug is being completely pulled out from under our feet. We will appeal all the findings.”

Premiership Rugby handed down the maximum sanction possible under salary cap rules, in this case reserved for an overspend of £600,000 or more over a three-season period.

Each Premiership team is limited to a £7m salary cap for the season.

A Saracens club statement read: “Saracens Rugby Club is shocked and disappointed by these heavy-handed sanctions and will launch an appeal against the disciplinary panel’s findings.

“The club is pleased the panel acknowledged it did not deliberately attempt to breach the salary cap and steadfastly maintains that player co-investments do not constitute salary under the regulations. This view is supported by independent legal and professional experts.

“The club will continue to vigorously defend this position especially as PRL precedent already exists whereby co-investments have not been deemed part of salary in the regulations.”

A full Saracens club statement can be found below.