How much? Northampton dig deep to keep hold of Taqele Naiyaravoro 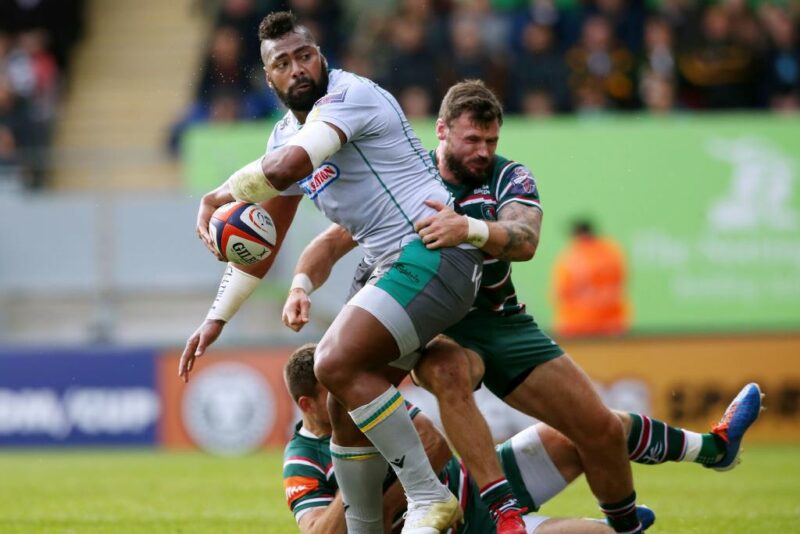 NORTHAMPTON Saints were forced to dig deep to keep former cross-code convert Taqele Naiyaravoro at Franklin’s Gardens for the next two years.

The Fijian-born Wallaby international, 27, joined Saints in 2018 from the New South Wales Waratahs, scoring 11 tries in his debut season.

Blindside understands that Naiyaravoro will be picking up close to £400,000 a season over the next two years after putting pen to paper on his new deal last week.

The Saints needed to pay up to avoid Naiyaravoro joining scrum-half Cobus Reinach who is on the verge of moving to France next season. The Springbok star who is out of contract in the summer has been offered around £500,000 a season by Montpellier.

Reinach set a record when he scored the fastest hat-trick in Rugby World Cup history against Canada three weeks ago.

He will make a decision about his future when he returns from Japan in a couple of weeks but it looks increasingly likely that it is away from the East Midlands.

Chris Boyd didn’t want to lose another of his big-name stars so was forced to pay up to avoid having to replace Naiyaravoro.

EXETER CHIEFS have started to put out feelers to see how they might  strengthen their front row.

We understand director of rugby Rob Baxter is looking at both tightheads and looseheads and is going through a list of options.

We have been told that he could potentially have to replace England international Ben Moon at loosehead next season.

He has also got another England international, Harry Williams, out of contract at the end of the season.