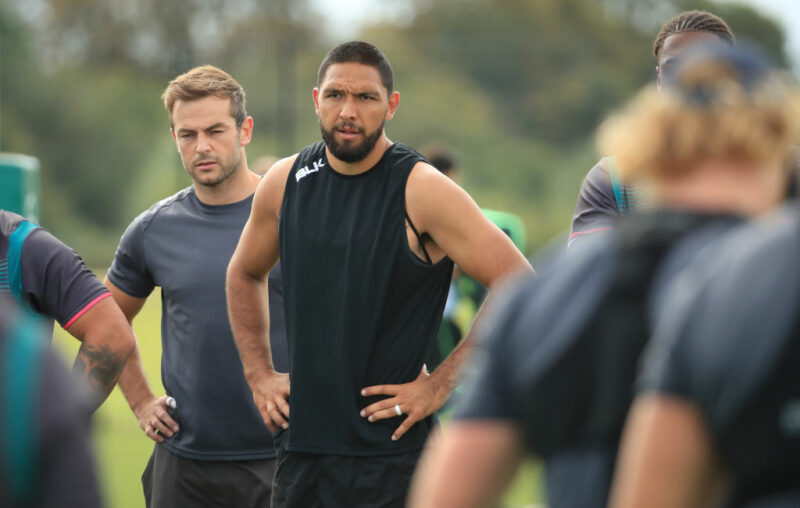 Powerhouse centre Curtis Rona says he is determined to bring his X-factor to bear as London Irish aim to become a Premiership force.

Rona, 27, admits he is gutted not to have made Australia’s World Cup squad after an impressive Super Rugby campaign with the Waratahs.

However, the Rugby League convert is delighted to have moved to Irish, where he will soon be joined by fellow Aussies Nick Phipps, Adam Coleman and Sekope Kepu, who advised him on the pros and cons of heading north.

Rona, who played League for North Queensland and Canterbury Bulldogs before switching codes in 2017, told The Rugby Paper: “I played a lot on the wing at the Tahs this year but Irish signed me as a 13 and I want to bring some

“I’m excited to play in the Premiership and show what I can do with my ability on this side of the world, so watch this space!

“I was lucky to grow up playing League and Union at the same time and was pretty well attuned to both codes, so although it’s a completely different game technically and tactically, I’ve enjoyed three pretty solid seasons in Super Rugby.

“The great thing about London Irish is we’ve got two coaches in Les Kiss and Brad Davis who’ve got League backgrounds as well as long careers in Union. With the experience they and Declan Kidney have, it was a no-brainer to come.”

Rona was capped three times by Australia in 2017 but has failed to find favour with head coach Michael Cheika since then – a source of considerable frustration to the 6ft 4ins (1.94m), 16st 1lb (102kg) marauding midfielder.

“Coaches either want you or they don’t and Cheik obviously didn’t see me as someone for the World Cup,” says Rona. “It was a blow because I felt I deserved it, especially after playing really well towards the back end of the season.

“But he’s the coach and has to deal with the cards he’s dealt, while for me it provided an opportunity to come to Irish and get into pre-season.”

Rona added: “Leaving Sydney was a tough decision but the opportunity to live on the other side of the world is something you don’t get every day.

“I haven’t played northern hemisphere rugby before so that will be a really good challenge and my wife’s got extended family who live in Essex, so it’s a great chance for both of us and our two children to see lots of different things.

“I’d heard about the weather but I spoke to Sekope Kepu, who’s been to the UK many times and knows his stuff, and a few of the League boys who’d been here, and once I got a feel for things it was an easier decision to come.

“The rugby’s a lot more physical and sometimes a bit slower, but it’s in no way inferior to Super Rugby and the fact England are in contention to win the World Cup shows the Premiership is one of the best competitions in the world.”

As for Australia’s World Cup chances, Rona is reluctant to discuss the fallout from the Israel Folau affair, but admits: “It’s going to be a tough road for them but they seem to be able to perform at big moments in World Cups.

“You saw the way they put New Zealand to the sword in Perth and, historically, Australia always do well. That’s a good tradition to have but with everything that’s gone on this year, I don’t know what’s going to happen.”