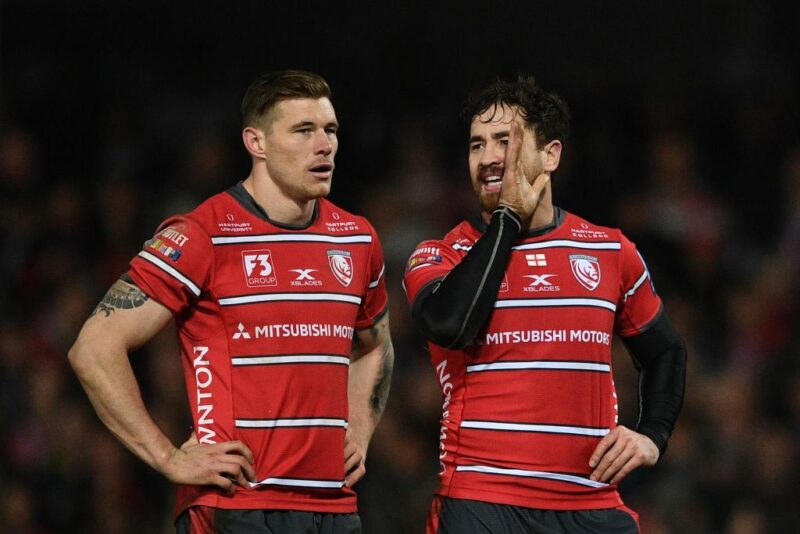 Gloucester full-back Jason Woodward admits to feeling “hard done by” over his failure to win a first England cap on last year’s tour of South Africa.

However, the Kiwi flyer believes he can still force his way into post-World Cup contention by helping the Cherry & Whites claim some major silverware.

Having recently signed a new three-year contract at Kingsholm, Woodward, 29, told The Rugby Paper: “I’ve really enjoyed the last two years so I decided to recommit to Gloucester. You can see what we’re trying to build and I want to be part of it.

“I’ll hopefully get to add to us achieving success and a big positive is that quite a few boys have also recommitted to the club. We’re all going to be together for two or three years, so there’s a lot of stability and we’re starting from a high base.

“You turn up for pre-season and the chat is normally about rebuilding and the need to spend a year or two doing that, whereas this year we’ve only signed two or three whilst promoting academy guys who did well, so we’re not going back to square one.”

Woodward’s performances in 2017/18 saw him selected for the South Africa tour, but his hopes were dashed when he failed to feature in any of the three Tests.

“I was pretty disappointed,” Woodward concedes. “It was a privilege to go away with England but not getting any game time meant I felt a little hard done by, especially in that last game in Cape Town when I was pushing really hard for a run-out.

“But you’ve just got to get on with it. I copped a couple of injuries at the wrong times last season and wasn’t chosen for any camps, but I’m feeling good now.

“They’re backing Elliot Daly at 15 at the moment and he’s not a bad footballer. These boys can all handle themselves and I’m sure they’ll do well in Japan.

“But international rugby never stops so while it would have been nice to be in with a shout of the World Cup, hopefully there’ll be other opportunities.”

While Gloucester’s third place finish last season represented their best campaign since 2010/11, Woodward says the manner of their 44-19 semi-final defeat at Saracens still rankles as his side head to Portugal today for a week long training camp.

He said: “The positive thing going into the new season is how frustrated everyone was after that Saracens game. We didn’t turn up and fire any shots at them and we were very disappointed after how well we’d played all season.

“We’d put ourselves in with a fighting chance of reaching Twickenham but to turn up to one of the biggest and best clubs around and not throw a punch was inexcusable.

“There’s no going backwards now, though, because that would be a disservice to all the hard work everyone put in before that semi-final. We’re definitely capable of taking that next step and being up there competing with Saracens and Exeter.”