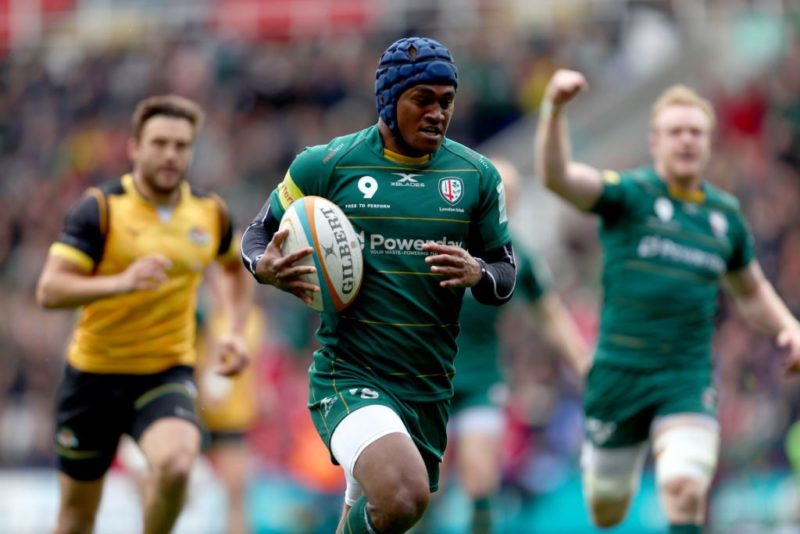 Newly-promoted London Irish risk missing out on RFU funding worth £750,000 next season unless they significantly increase their quota of English-qualified players.

Last season, the yo-yoing Exiles were the only side in England’s top two divisions to fall short of the RFU’s England-qualified player target of 16, averaging just 12.8 English players per match day squad.

The RFU’s £224m, eight-year deal with Premiership Rugby incentivises clubs to field an average of 15 England-qualified players in matchday squads for top-flight league games and European competition to qualify for the minimum annual pay-out of £750,000.

With the bulk of Irish’s recruits coming from overseas, including Australian trio Adam Coleman, Nick Phipps and Curtis Rona, New Zealand star Waisake Naholo and Irish pair Sean O’Brien and Paddy Jackson, they will struggle to hit the RFU’s target.

Kiss believes it could take up to four years to comply. He told The Rugby Paper: “We’ve had a good academy for years but they seem to go elsewhere so we just need to make sure we build something where people want to stay with us – and that’s very important.

“Over the next two to three or four years we’d like to shift that balance (between overseas and England-qualified players) and get it right, but it’s important that we do what we think is right now to get what we need in place to stay in the Premiership and thrive.

“Our EQP figures look a bit different now but we’ll hope to improve on that and when you look at what Saracens have done over the last seven or eight years, they’ve slowly built towards that predominantly English profile and are going great guns.”

Kiss added: “It would be fantastic to emulate that and although we haven’t got Saracens’ resources, we’ll try to grow it as smartly as we can. We’ll bring in experience to make sure we’re savvy enough to negotiate choppy waters and try to build from there.

“Staying in the Premiership is hard and you sometimes have to build your team a bit differently to others. You can’t just go into a development programme and keep going up and down, it’s a lot of wasted money doing that. So, we’re investing heavily into stage one and trying to stabilise, then we can build slowly and surely in a balanced kind of way.”

With star signings Naholo and Phipps having been omitted from their respective Rugby Championship squads, Kiss hopes they may now arrive in England sooner. World Cup commitments mean Irish’s full squad will not assemble fully until mid-December, but Kiss is confident that will not unduly affect their survival chances.

He explained: “A lot of the contracts have different start dates because of the World Cup so it will be a slow integration of those players until Christmas, but by then we’ll only be six games into the Premiership so it’s post-Christmas we’ll start to build-up.

“With guys like Naholo and Phipps those situations will be looked at individually but until World Cup squads are announced you can’t actually move. But if it’s possible we can fit them in the salary cap and get them here earlier, we’d look at that for sure.”

Kiss is looking forward to seeing fly-half Paddy Jackson strutting his stuff once the furore over the Ulsterman’s signing has eventually died down.

Long-time sponsors Guinness recently withdrew their backing of Irish after their acquisition of Jackson – a hugely controversial figure who was accused, then acquitted, of rape.

Kiss said: “People will have their opinions and things will be thrown at us, but we’re really happy that we’ve signed him and the playing group is happy as well.”