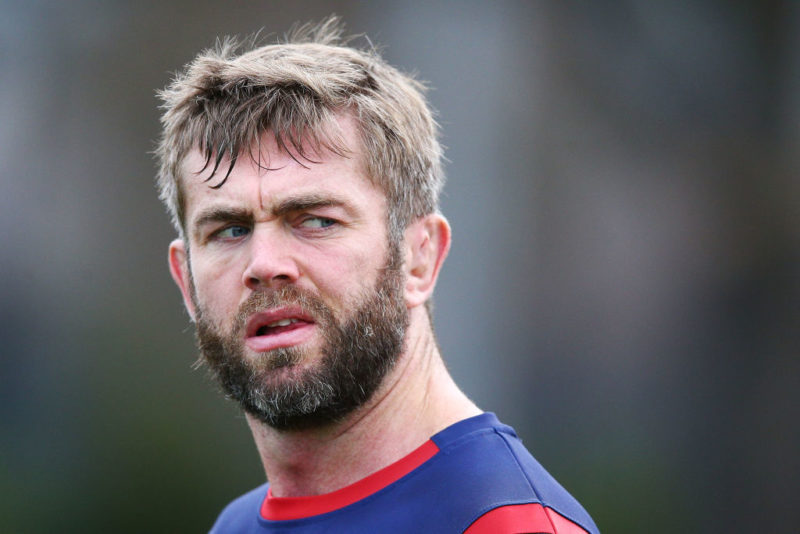 GEOFF Parling’s drive to become a top-level coach began amid the mayhem of England’s World Cup exit in 2015.

While captain Chris Robshaw was castigated for going for the corner instead of at goal when England were awarded a penalty with three minutes to go and a successful kick would have levelled the scores at 28-28, lineout leader Parling still feels the pain of his decision to call for a throw to the front.

England were duly bundled into touch and with it any hope of salvaging something from the game had gone.

“Part of the reason I wanted to get into coaching was because of the Wales game where I messed up with the lineout call near the end of the game. I’ve replayed that move many, many times in my head,” said Parling, Melbourne Rebels’ forwards coach.

“I’d been through all the Wales games and they hadn’t conceded a maul try in something like four years and we had had a 13-man maul in the first half and still got bashed from it. So, when we got that last lineout, I didn’t think a straight maul would work. I went for a shift maul at the front, where we’d shift the point of contact and go around. Obviously, it didn’t work out like that.

“I’m not using this as an excuse but if you watch the video back, Chris Robshaw is probably still a foot off the floor when he gets hit. Any other day of the week, it would be a penalty to us. But would I do that move again? No I wouldn’t.”

A week later defeat to Australia saw England become the first host nation to exit a World Cup at the pool stage. Parling doesn’t mind admitting he was devastated. A dead rubber against Uruguay was not how the 35-year-old envisaged his international career coming to an end.

“After the Australia game at the last World Cup, I sat in the changing room for what seemed like ages in full kit. It was just me and Owen Farrell, I couldn’t bring myself to take it off. I’d already been told by the management that they’d be bringing the young lads through after the tournament, and that wasn’t how I wanted my England career to be defined. It was a pretty bad moment.”

A career high was the Lions’ 2-1 series win against Australia in 2013 but his 29-cap England career came with a lot of frustration.

“Don’t get me wrong, I had some brilliant times as a player for both club and country but, if I am honest, I remember the big losses more vividly because they hurt more than the wins felt good.

“While a brilliant result, even the win over the All Blacks in 2012 felt frustrating. It sort of showed the level they were at that everyone suddenly regarded us as world-beaters because of one win. People forget we’d lost two games that autumn. Finishing second every year in the Six Nations was frustrating, too.”

After a successful club career in England, including spells at Newcastle, Leicester – where he won the Premiership twice – and Exeter, Parling took himself off to Australia to start his coaching journey while still playing.

Having now fully retired, Parling and Sharks’ Nick Easter are the only Englishmen to command a frontline coaching position in Super Rugby.

“I’ve found the transition really easy to be honest,” he said. “I’d imagine some players might find it hard if they’d been at the same club for ten years and grown up with the players around them, but I’d not been here that long and, at 34, I was probably ten years older than the average forward in the squad.

“To start with I found it frustrating that things I found easy as a player some of the players didn’t. It is about getting that learning into the players. They’re a young bunch and I am just trying to accelerate their improvement.”

Speaking to The Rugby Paper from Japan where, in around three months’ time, the world’s best teams will gather for RWC 2019, Parling believes England are in good shape to mount a serious challenge to win the Webb Ellis Cup, especially in his specialist area, the second row.

“England have got an outstanding group of locks. There are probably four or five lads outside the group who would fit in quite seamlessly into other international teams. You’ve got (Charlie) Ewels, (Dave) Attwood still around, and (Nick) Isiekwe for starters.

“I expect England to go well. They’ve got a coach who has a very thorough knowledge of Japan so that will help, and they are a good team.

“The lads were pretty hurt at the last World Cup and I am sure they will be very keen to get things right.”