Home / International Rugby / You can be sure Eddie Jones has been on the phone to Joe Marler, says Dallaglio

You can be sure Eddie Jones has been on the phone to Joe Marler, says Dallaglio 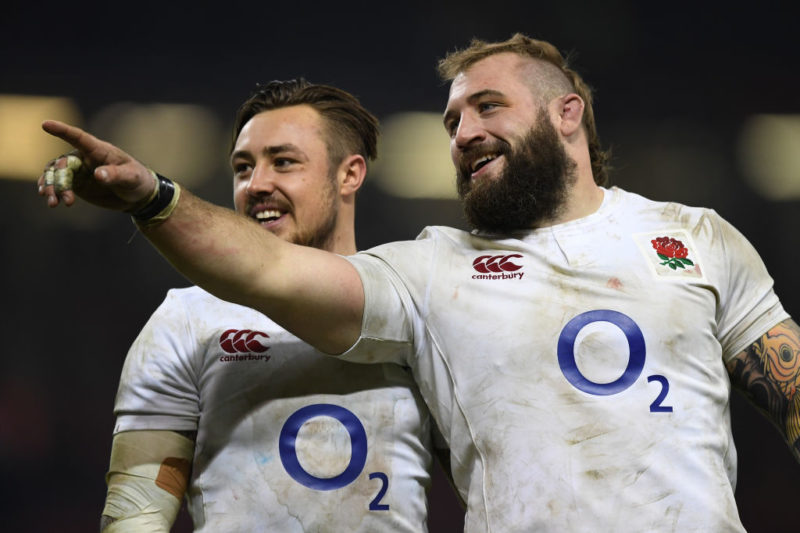 JOE Marler must consider doing an England u-turn and make himself available for Japan because “his country needs him”.

Lawrence Dallaglio claims it would be a massive boost to the bid for World Cup success if the Harlequins forward came out of retirement and resumed his international career… even if it’s just for a few months.

Marler, 28, has so far been resisting the temptation to put his England boots back on having committed himself to playing just for his club nine months ago to spend more time with his family.

However,   the need for an experienced front row specialist to be available in the build up to the World Cup has been heightened with the injury problems surrounding Mako Vunipola.

The Saracens man underwent surgery on a hamstring which is keeping him out for three months, having missed the majority of the Six Nations through an ankle problem.

Eddie Jones would have no hesitation in adding Marler to his summer training camp squad if the loosehead was to indicate his desire to return to action.

Dallaglio did his own sudden England reverse to play in the 2007 World Cup in France after announcing his international retirement a couple of years earlier.

He insisted: “If I was Joe I’d fancy a little crack at the World Cup, especially when your country needs you.

“Joe’s form would merit him playing in the side, and England need him. He is retired and would need to do a u-turn but even though Vunipola is likely to have recovered in time and be fit to play in the World Cup it would be great to have Marler as another option.

“I’d be surprised if Eddie Jones has not been phoning him up saying: ‘Come on Joe, do us a favour and come out of retirement. Your country needs you,  I need you. Come and play in this World Cup.’

“Eddie is due to name his final squad of 31 around the beginning of August and Joe could be in it if he wants.”

Marler has won 59 caps and played against an England XV for the Barbarians at Twickenham two weeks ago. England have three warm-up games against Wales (twice) and  Ireland in August and another man Dallaglio would definitely have in his World Cup squad is Danny Cipriani.

The former Wasps legend scoffs at suggestions Cipriani could be so frustrated at his failure to twist Jones’ arm into an England recall that he could cross codes and play League.

Luther Burrell, who has switched back to the 13-man game after himself being left out in the cold by England, insists he spoke with Cipriani about a possible life in League.

But Dallaglio does not expect Cipriani to take that drastic step and certainly doesn’t believe there will be a sudden exodus of Union players.

He insisted: “There’s not enough glamour in Rugby League for Danny Cipriani! He’s just had a brilliant season with Gloucester and has just re-signed a contract with them. I’d like to see him challenging for his England place and he could still play a part in the World Cup.

“Luther Burrell started in League before trying his hand at Union and then deciding to go back to Warrington Wolves.

“A lot of players have clearly texted Burrell and wished him good luck on his new career but quite honestly I cannot see more Union guys going over because of the financial situation. There is more money in the fifteen man game.

“I love Rugby League and played with some of those who switched codes, and I played for Shaun Edwards. It’s a fantastic sport but it is quite condensed in that North West pocket of England.While they have tried to expand their borders with the likes of Catalan Dragons in France, London Broncos etc, it is still struggling to get a real foothold outside of its traditional Northern roots.

“You would have to go to Australia and become a big name in NRL there to   make the big money.

“I still expect we will see more players coming from League to Union as we have done for some time now. Sean Long is a Rugby League coach who has just crossed codes to Union  with Quins next season.”