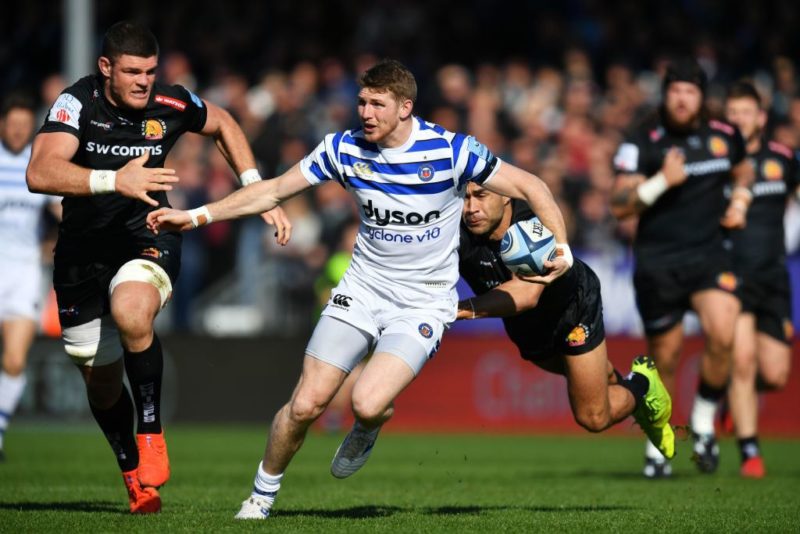 Bath have signed Ruaridh McConnochie to a new four-year contract.

Following an impressive first season after converting from the England Sevens programme to the Premiership, McConnochie scooped Bath’s Most Improved, Best Back and Supporters’ Player of the Season at their team awards ceremony.

Scoring six tries in a campaign which guarantees Bath of Champions Cup rugby, McConnochie himself appears assured of a key role under Stuart Hooper after penning a deal until the end of the 2022-23 season.

McConnochie said: “It’s been a whirlwind of a year, but I’ve loved being in this city and being in such a great environment at Bath Rugby.

“When I joined last summer, my focus was to learn the game and if I got the opportunity it was about making the most of it. The experience so far has exceeded my expectations and I’m looking forward to what’s to come for us as a club.

“There’s a great deal of excitement going into next season with the new coaching setup and Hoops at the helm.

“I feel it will bring the best out of us as a playing group and I am confident that we can collectively deliver those winning performances on a consistent basis.”

Director of rugby, Stuart Hooper added: “To have agreed a long-term deal with Ruaridh is a statement of intent from not only the club, but from him too. He has been outstanding from the outset, but the exciting part is that there’s still so much growth in his game.

“Not many players make a successful transition from sevens, but the way Ruaridh has acquitted himself shows the many qualities he has as a player and a person.

“His ability to beat the first defender and try scoring were clear to see throughout the season, but it’s the unseen work that will take him to the next level.”