Posted on 15th May 2019 by admin in Club Rugby, Latest News, Premiership 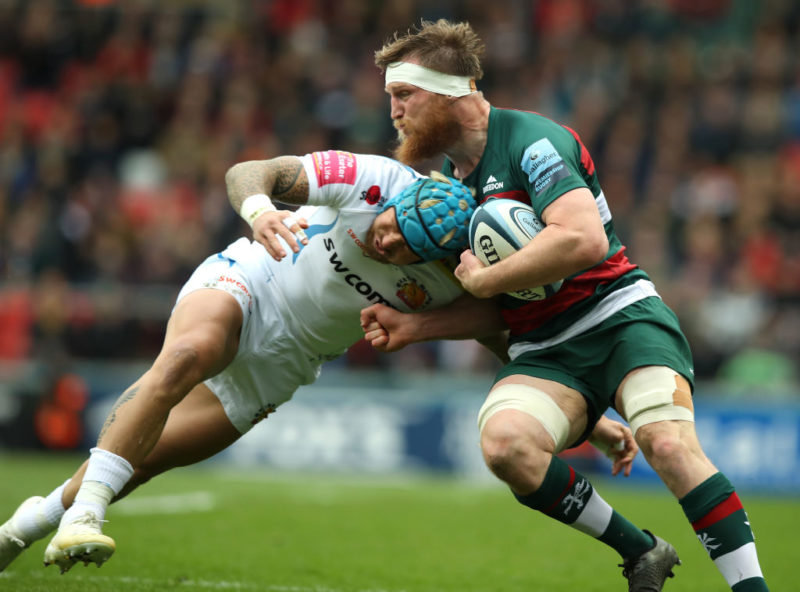 Leicester Tigers have today announced a mass exodus of players leaving Welford Road following their disappointing season in the Premiership.

Former Tigers and Ireland full-back Geordan Murphy now in charge of the Premiership side paid tribute to the effort of the 19 men leaving this summer.

“Some of those leaving us have achieved a lot on the pitch, including Premiership wins for Mat Tait and Graham Kitchener.

“Then of course Matt Smith who leaves with seven trophies to his name and a legacy of commitment to the club second to none over his fourteen seasons in the top squad.

“Those three are easy to point out in terms of silverware won, but I commend each of the departing players for what they have given in terms of effort, commitment and knowledge while a member of our proud club.”

Englishmen and club stalwarts Tait and Smith are retiring from rugby after eight and thirteen years service to the East Midlands side, respectively.

Second-row Graham Kitchener is rejoining Worcester Warriors, eight years on from helping them get promoted from the Championship.

Wallabies centre Matt Toomua is returning to his homeland to line up for Melbourne Rebels in Super Rugby.

Another going through the exit door is back-row Fred Tuilagi, teammate and younger brother of England star Manu, while Mike Williams and Will Evans are both joining Premiership rivals for the 2019/20 season.

Gareth Owen is moving north and dropping down a division to join relegated Newcastle Falcons, and Mike Fitzgerald is heading East to Japan to run out for Kamaishi Seawaves in the Top Challenge League.

Leonardo Sarto and Clayton Blommetjies who only joined in December and April, are also set to leave after Leicester’s clash with Bath in the final round of the Gallagher Premiership regular season.