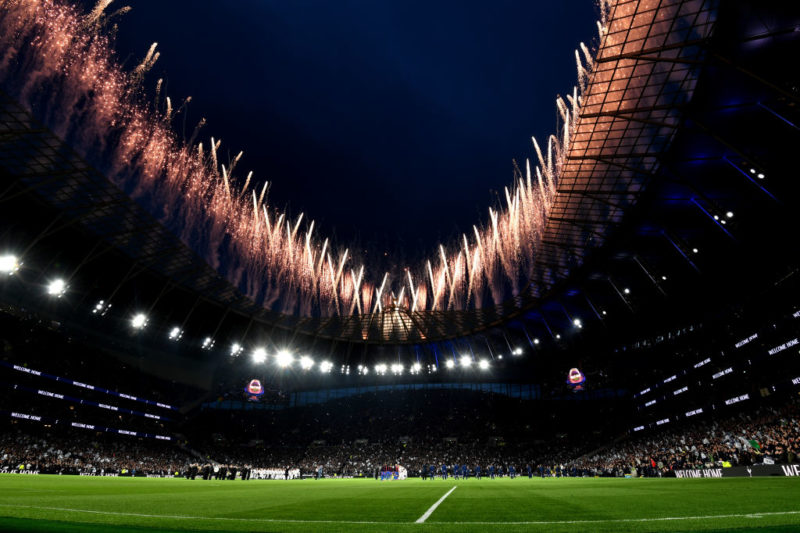 Both the Champions Cup and the Challenge Cup showdowns will be played at the 62,062-seater venue in London.

The announcement from European Rugby chiefs comes on the eve of the finals between Leinster and Saracens, and Clermont and La Rochelle this weekend.

The Tottenham Hotspur Stadium, opened for its first official league match on 3 April, will also host Saracens Premiership fixtures over the next five years as well as opening its doors to the NFL.

ECPR chairman Simon Halliday is anticipating a special atmosphere at the first London final to be played outside of Twickenham.

“We are very excited to be taking the best club rugby in the world to such an innovative and exciting stadium,” said Halliday.

“There is already a real buzz about the Tottenham Hotspur Stadium, and it will continue the theme of new experiences for our fans in dynamic stadiums that can generate the kind of exceptional atmosphere that has become the hallmark of the Heineken Champions Cup.”

Spurs chairman, Daniel Levy added: “We are excited to have been selected to host this prestigious weekend, the pinnacle of European club rugby, in 2021 and to have this opportunity to welcome EPCR and rugby fans from around the world to Tottenham to experience our new home. These games will add to the portfolio of world-class sporting and entertainment events our multi-use venue will stage in this new leisure destination for London.”

The marketing research company employed by the ECPR has conducted a review into last year’s finals held in Bilbao, and say £43.19m was generated within the city and surrounding Basque region as a result.