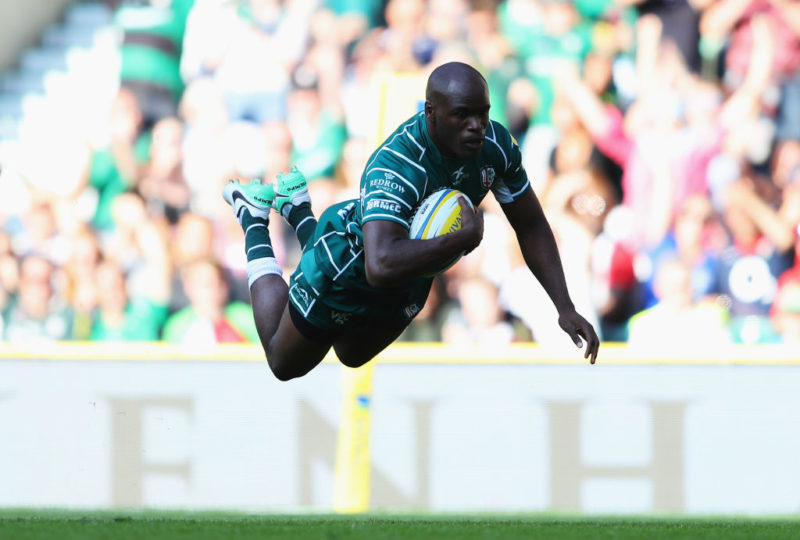 After more than 300 outings in a London Irish shirt, Topsy Ojo will call time on his career at the end of the season.

Ojo bows out on a winning note for the Exiles, who were crowned winners of the Championship following their 46-7 win over Richmond on Good Friday.

The wing will get a home farewell when Irish host Ealing Trailfinders in their last match of the season at the Madejski Stadium this Saturday.

Topping both the club’s appearances and tries charts, the 33-year-old reflected on his pride at playing for the Exiles.

“It has been a privilege to play for this club since 2003 and I’m grateful that I’ve been able to do so for so long” said Ojo, who has scored 80 tries in his time with Irish.

“I’m very proud of the milestones and the records I’ve achieved that will hopefully stand for a long long, time. I am also delighted that the club is back in the now named Gallagher Premiership with a positive future on the horizon, and even though I won’t be on the pitch anymore, hopefully I can continue to make an impact off it.

“I’ll be moving into a commercial position as I take on an ambassadorial role for the club as it gets ready to move to its new home at the Brentford Community Stadium next summer. There are also other opportunities which will be announced in due course, so there is still plenty to keep me busy with the club.

“I would like to thank all the supporters who have been brilliant since the day I started as well as the coaches and teammates who I’ve worked with over the years. Thank you to my wife, my kids, my parents and my brothers for all their love and support through it all. Rugby has allowed me to do so much and hopefully I’ve been able to give back and leave a mark in some way.”

The one-club man made his debut against Wasps in 2005 and won international honours with England three years later when named in Martin Johnson’s first squad selection for the tour of New Zealand.

Scoring two tries in the first Test against the All Blacks at Eden Park; his first the result of intercepting a Dan Carter pass.

London Irish president, Mick Crossan, added his deference for the 16 years Ojo had spent with the club.

“Topsy has been a magnificent servant to London Irish for what he has done both on and off the field. He has broken all the club’s major records and has done so in a classy manner.

As a club, we owe Topsy a great deal of gratitude for all his efforts over the last 16 years. He is a London Irish man and I am delighted he will remain with us as he enters the next chapter of his life.”