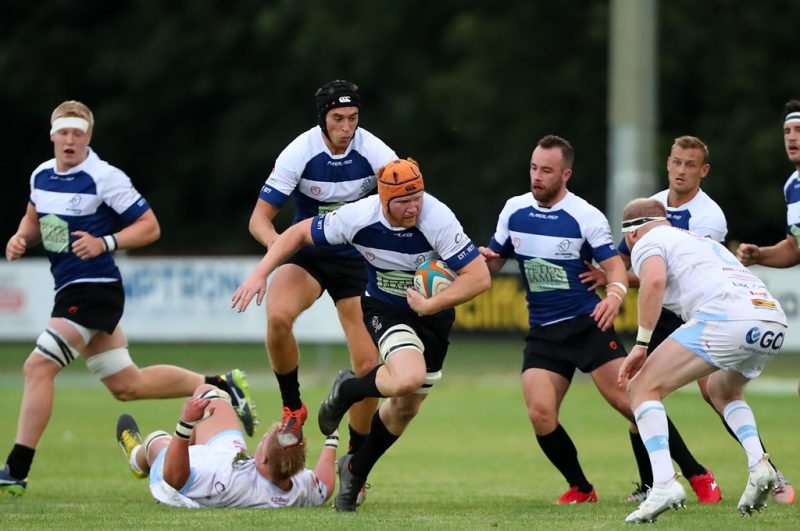 Championship clubs are united in their determination to see off the threat of ending promotion and relegation, according to Nottingham chairman Alistair Bow.

At a meeting with the RFU last Tuesday, The Rugby Paper understands that 11 of the 12 clubs – excluding PRL shareholders London Irish – indicated their opposition to ring-fencing the Premiership.

Emboldened by an expected £230m cash injection from CVC, some top-flight clubs are keen to see an end to relegation in order to protect their business interests.

A 13-team, ring-fenced Premiership, including London Irish, has been mooted. But there is resistance from within the top-flight, with Bath chairman Bruce Craig among those believed to be unhappy with the prospect of a watered-down competition.

Franchising is another possibility but Bow says the Premiership and RFU could face legal action over restraint of trade if the Championship clubs are frozen out.

Bow, above, told TRP: “I would consider legal action, as would others, and the Championship clubs are aligned in not wanting to give up promotion and relegation.

“The extinction of promotion and relegation in any professional sport is not right in the long term and, in the case of the Premiership, it would allow teams at the bottom to just muddle along.

“If there’s no jeopardy involved, that cannot be good for business.”

He explained: “Premiership Rugby have got to stop being insular and they need to talk to us about what their overall strategy is. I’ve felt for a long time the Championship and PRL should come together because you’d get a better outcome for English rugby.

“The Championship could become bigger but we’re not allowed to because the RFU own us and dictate our finances. PRL are masters of their own destiny and I would like to see us, along with the RFU, all working together towards a common goal.

“For example, I think the percentage of England-qualified players could be higher. Premiership Rugby are allowing too many foreign players and the Championship should have 90 per cent English players in it, so working together we could probably achieve that.”

With the Championship’s current agreement with the RFU expiring in 2020, the clubs have been charged with providing ideas on how they want the competition to look beyond that.

Meanwhile, TRP understands Premiership Rugby hope to finalise their deal with CVC by the end of this month. Discussions will then be scheduled with the RFU to discuss their vision of how the sport should be run beyond this season.

Among the agenda items will be scrapping the Premiership Cup and Premiership Shield, global expansion, franchising and ring-fencing.