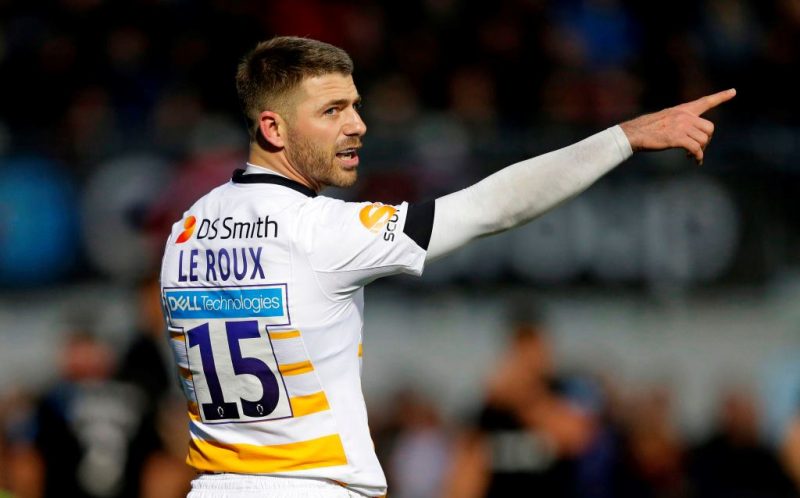 Wasps full-back Willie le Roux will head for the exit at the Premiership club come the end of the current season.

The South Africa international will end a three-year stay at the Ricoh Arena and has long been linked with a big-money move to Japan or a possible return to his homeland.

“It’s always disappointing to lose players of such quality but this is professional sport and there isn’t much you can do about it,” Young told the club’s website. “There are a number of factors that play a part in players’ decisions to move on and unfortunately these guys have opted to move onto pastures new for 2019-20.

“Willie joined Wasps at a time when he wasn’t a part of the Springboks side and since making the move here, he has rediscovered his form and shown that he is a world-class player which in turn has seen him restored to the national side, going on to make over 50 appearances.

“We’d like to place our thanks on record to Willie for his great service to the Club over the past two-and-a-half seasons.”

Le Roux was one of Wasps standout performers last season, finishing as the league’s top try creator in setting up his teammates for 21 tries in total.

Capped 53 times as a Springbok, the 29-year-old has suffered a dip in form in recent weeks that has left some sections of the Wasps fanbase calling for Rob Miller to start.

Nonetheless, le Roux thanked the club and stated his commitment to the team’s objectives for the remainder of the season.

“I’ve thoroughly enjoyed my time at Wasps and would like to thank everyone involved with the Club for their support. I’ll continue to give my all till the end of the season in the Black and Gold,” le Roux commented.