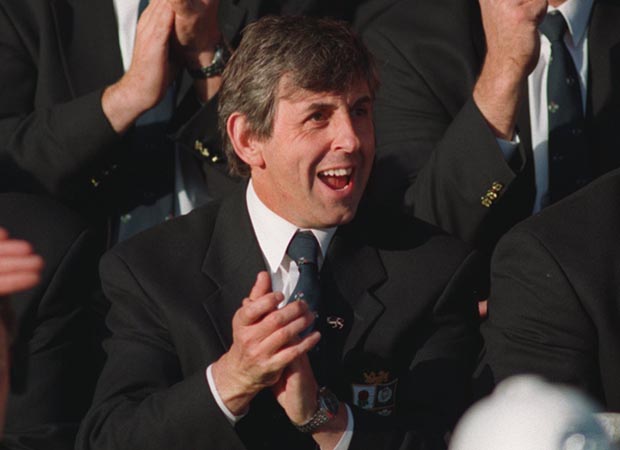 Long before they knighted him for services to the game, Sir Ian McGeechan raised an issue serious enough to threaten the existence of the Lions.
“It seems ridiculous to me that we were finally at the mercy of our clubs as to how we could organise our preparation,’’ he stated in his official report.  “Realistically, the players should have at least two or three weeks’ break before having to attempt a tour of this intensity.’’
The intensity of the tour in question, New Zealand 1993, felt positively manageable compared to that which might have engulfed Warren Gatland’s squad on the same fraught mission. A week that began badly in Auckland on Tuesday got a whole lot better in Christchurch yesterday.
Confronted by a doomsday scenario, the Lions transformed their condition from weak and wobbly to strong and stable much more rapidly that the Prime Minster took to do it the other way around.
Maybe these Lions will blithely ignore the alarm which has been ringing since McGeechan raised it almost a quarter of a century ago. Nobody listened then and nobody has listened since. So many deaf ears have been cocked by the power-brokers in Britain and Ireland that the Lions had even less preparation time for this tour than they had for the last one of the amateur era.
The Lions did nothing to help themselves by agreeing to a schedule brutal enough to make a mockery of the two most pious words in the rugby lexicon – player welfare. They, of course, point the finger of blame at the refusal of the clubs to co-operate.
McGeechan’s post-script in 1993, at the end of a trip when Gavin Hastings’ Lions fell short of exploiting the All Blacks in an abnormally vulnerable state after losing the World Cup two years earlier, has been repeated ad nauseum after every subsequent tour.
In one case it smacked of a convenient excuse. In Australia in 2001, Graham Henry had at his disposal the best Lions squad since 1974 only to preside over a coaching regime of such unremitting intensity that they had been run into the training ground.
“The trouble with worn-down or worn-out minds and bodies isn’t so much that they can’t play,’’ Henry said in conclusion. “But that it’s very difficult to get them playing above the mechanical level.”
There would be those from within the camp who blamed Henry for accentuating the wearing-down and the wearing-out by allowing too many coaches too much time. With each naturally anxious to justify his presence, there were occasions when the Lions had time for precious little else.
Over the next few weeks, irrespective of whether they are swept away by the All Black tidal wave or not, the ultimate question will have to be asked of the Lions. Have they run out of time?
The very suggestion can no longer be dismissed as an impertinence bordering on sacrilege.  The grand old concept of sending a touring team south of the Equator with eight matches in which to arrive at a Test XV no longer works in a professional age.
There were no World Cups to cloud the sky for the Lions when their victories in 1971 and 1974 made them the most charismatic of teams. Just before the inaugural World Cup in 1987, one of the most revered of all Lions, Syd Millar, warned the game that it could not run two quadrennial events of such magnitude.
Millar, a dyed-in-the-wool Union man adamant that the governing body had to control the game, did not envisage the soaring popularity of the club game.  Nor, in his worst nightmare, could he have imagined players like Dan Carter being paid in excess of £20,000-a-week.
Pointing an accusing finger at the club owners is to miss the point, that the club game is a business.
Shortening the season costs money, something which the Lions are rolling in to such an extent that they think nothing of adding another £600,000 to the bill by taking four more players than planned.
Proposals for still shorter tours despite a longer season leave the Lions alongside the Bengal Tiger, the Giant Panda and Polar Bear as an endangered species.
Anyone doubting their instinct for survival need only ask the Crusaders once they get out of their straight-jackets.