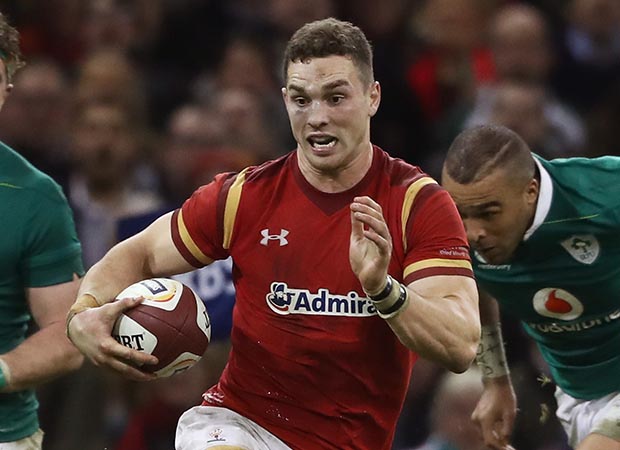 When they line up for the first Test, the Lions’ backs will be three inches taller on average than their historic predecessors of 1971 and almost three stone heavier.
The most striking example of how the Lions have grown, albeit not necessarily for the better, revolves round the half backs as they were then and are now: Gareth Edwards and Barry John versus Conor Murray and Owen Farrell or Johnny Sexton.
Take the scrum halves. Edwards in 1971 stood 5ft 8in and weighed in at under 13 stone. Murray is six inches taller and two stone heavier.
John, 5ft 9in and barely eleven stone when he ghosted through the All Blacks almost half a century ago, was five inches shorter and three stone lighter than Sexton and Farrell are today.  Both are 6ft 2in and nearer 15 stone than 14.
The most absurd mismatch, in physicality but not ability, is to be found in the vital statistics of the Wales right wing on the 1971 tour, Gerald Davies, and his current predecessor, George North. At 6ft 4in and 17 stone, North is seven inches taller and more than five stone heavier than his compatriot.
The one six-footer in the threequarter line from the only winning New Zealand tour, the England wing David ‘Dai’ Duckham, still fell a long way short of the giants monopolising his position throughout the current Test arena.
Davies, at 72 still actively involved in the sport as chairman of the PRO12, mesmerised opponents with the mercurial nature of his running rather than terrorising them with all the subtlety of a runaway truck. But then Gerald flourished in a game for all shapes and sizes long before it overpowered itself with might and muscle.
It is a sad comment on how the sport has changed that had the miner’s son been born half a century later he would have been dismissed as too small. Warren Gatland has always been big on power which probably explains why Finn Russell and Gary Ringrose have lost out to more physical rivals, Dan Biggar and Jonathan Davies.
Only one little fellow is to be found in the 41 leaving next week, Greig Laidlaw. Scotland’s captain, picked as the third scrum-half following Ben Youngs’ admirable withdrawal due to his sister-in-law’s terminal illness, is a throwback to how scrum- halves used to be.
He is not quite as slight as his uncle Roy, the Lions’ Test No. 9 against the All Blacks in 1983, and roughly the same size as Edwards 12 years earlier. If he proves to be half as good, Laidlaw will have every chance of overtaking Conor Murray and Rhys Webb, both taller and heftier.
The difference between now and then behind the scrum will be still more pronounced should the Lions go with Farrell instead of Sexton at fly-half and pick Robbie Henshaw at inside centre. At 6ft 4in and almost 16 stone, the Irishman is the largest midfield player to make the trip.
The latest breed of Lions are by some margin the biggest of all. North, for example, is heavier than any of the forwards in 1971. Only the most solid member of that pack, Willie-John McBride, came within half a stone of North.
Whatever eight Gatland picks for the opening Test, they will be three stone a man heavier than McBride’s renowned eight. The weight factor would have been further off the scale had Billy Vunipola’s injury not deprived them of the single most destructive back row force in Europe, all 20 stone of him.