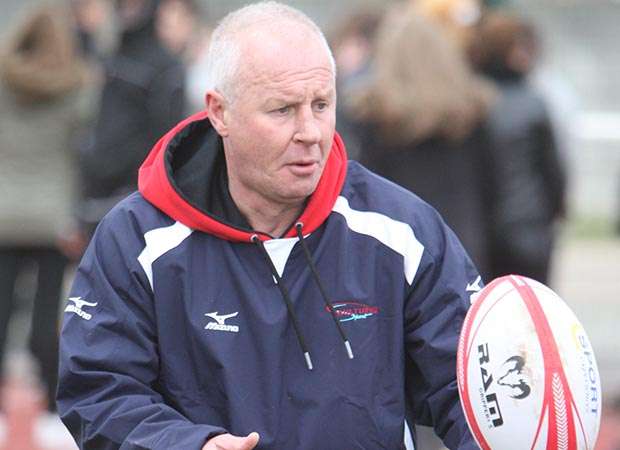 England’s 45-man training squad this weekend included ten born in the Southern Hemisphere – four in New Zealand, three in Australia, two in Fiji, one in Samoa.
Last season Scotland capped nine from the other side of the Equator, Italy eight, Ireland and France seven each. Wales got by on two – Taulupe Faletau, born in Tonga but raised in Pontypool, and Gareth Anscombe, a Junior All Black eligible because his mother comes from Cardiff.
That none of the major nations relies exclusively on home-grown talent any longer is a depressing fact of 21st century life. Wales, traditionally the most productive nursery in the British Isles, have addressed the deficiency with Paul Turner’s appointment as a global scout.
A strident critic of the Welsh Rugby Union as it was under the Roger Lewis regime, Turner’s breadth of knowledge of the wider game and understanding of the bigger picture makes him perfectly qualified for the job of unearthing players eligible for Wales.
“I will be looking everywhere for players, particularly those who have Welsh heritage,’’ he says. “Years ago I used to wonder whether we had missed a trick, whether had this job been created a decade ago the Vunipola brothers would be playing for Wales instead of England.’’
They, of course, played alongside Faletau as gigantic figures in the East Wales Under 11’s before private education in the West Country set them off on the road to Twickenham. That ought not to obscure the fact that Wales have helped themselves to a fair few born on the other side of Offa’s Dyke.
No fewer than ten played last season, those who came through the regional academies (George North, Jonathan Davies, Danny Lydiate, Luke Charteris, Hallam Amos) against those recruited on ancestry (Alex Cuthbert, Tomas Francis, Ross Moriarty, Jake Ball, Aaron Jarvis).
The nearest breeding ground, therefore, is likely to be the most productive. No Welshman knows the English game better than Turner. Since putting the lid on his box of tricks as the most innovative of fly-halves, he coached at Sale, Bedford and Harlequins before launching his own masterclasses at Ampthill.
One of his protégés, Will Evans, has slipped through the Welsh net. An openside flanker from Norwich, he played for the Welsh Exiles last year before joining Leicester. This week, at 19, he found himself in the elite England squad.
There will always be those who got away. Every time North ploughs a furrow through England’s green and pleasant land, the RFU recruiting agents must wonder how they came to be unaware that the gigantic wing was born in Kings Lynn to a Yorkshire father before the family took flight to Anglesey.
Turner’s arrival will doubltess have prompted some soul-searching within the Welsh game as to why their recruitment of the so-called project players has not produced better results. None of those signed from the Southern Hemisphere with a view to qualifying via residence have been capped by Wales in recent years.
Some have suffered from long-term injury, most notably the Ospreys’ South African wing Hanno Dirksen. Others like George Earle from Durban have not been deemed good enough.
However much it offends those of us old-fashioned enough to believe in each country producing its own, Wales need to find players of the quality of the Irish Kiwi Jared Payne, the Irish Springbok CJ Stander and his compatriot, the Scotland tighthead WP Nel.
That is a measure of the global dimension of Turner’s search.