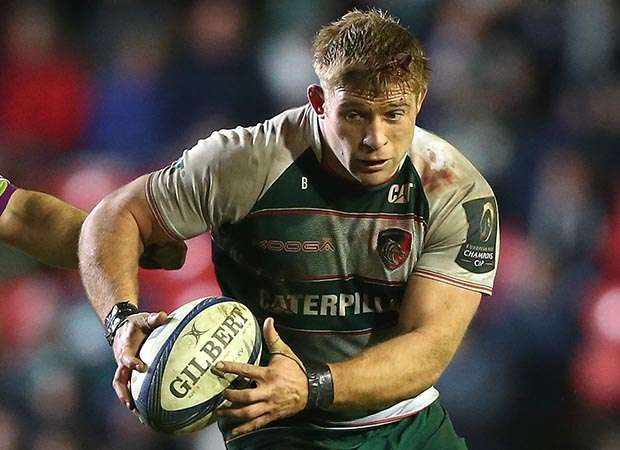 Tom Youngs was a surprise addition to the Provisional England Elite Player Squad of 45 announced last Monday. That’s because when Stuart Lancaster was England coach Youngs was an avowed member of the “can’t hook, won’t hook” school of No.2s, and was reluctant to master a skill  which Eddie Jones considers to be not only essential to his attacking plans for England, but also a prerequisite for any for any self-respecting hooker.
At one point Youngs claimed that the time-honoured skill of striking for the ball was too dangerous because he was off-balance for the split-second when he had his foot in the air. What was even more extraordinary was that the 31-cap Leicester hooker had the full support of his boss Richard Cockerill – even though Cockerill had spent almost all his own career hooking the ball for either England or Tigers.
What was closer to the truth was that Youngs, a late convert to hooker from inside-centre, did not learn one of the essential skills of the hooking trade because the England and Leicester teams he played for did not require him to. They were more interested in scrummaging for penalties, or the occasional pushover try, than striking the ball back quickly and attacking from the base of the scrum.
The limitations of that tactical straitjacket have been exposed by Jones since he took over as England head coach, with Billy Vunipola transformed into a lethal weapon at No.8 during the nine-match unbeaten run since the 2015 World Cup.
Vunipola’s unstoppable pick-and-go from the base to score in the third Test against Australia in Sydney was the latest evidence, but there were numerous other instances for Saracens and England. For instance, in England’s three-tries-to-nil Grand Slam victory over France in Paris it was the No.8’s charge from the back of the scrum that made the initial inroads for Anthony Watson’s touchdown.
Hey presto, now everyone is a convert to the idea that hookers should hook. Certainly, for Cockerill to be giving Jones the hard-sell on Youngs he must have been working overtime, both in live scrums and on the machine, to get his striking up to scratch.
It was an indictment of the narrow vision in England and Premiership coaching when, in 2013, a side including Youngs squandered a Grand Slam against Wales. With the Red Rose scrum under constant pressure in Cardiff the quick heel was England’s best means of getting into the game, but, as I wrote at the time, England were snookered because the Leicester hooker could not hook – and more than two years later Youngs had not remedied the deficiency as England were shunted out of the World Cup by Australia.
When Jones left Youngs out of the 2016 Six Nations squad the Tigers man said he was “gutted”, but would work on the areas the coach wanted him to. However, like almost every player that Jones talks to about making improvements, he was not prepared to divulge what gains he had to make.
That leaves plenty of room for speculation. In the case of Youngs it does not take too much detective work to come up with hooking and throwing-in, because his commitment and industry, whether tackling or carrying, has never been less than total. 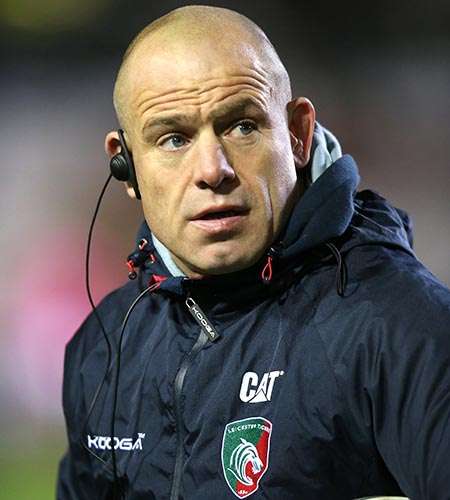 Cockerill, right, said after Jones’ decision to drop Youngs that he was, “gobsmacked, amazed, stunned”. Not long afterwards the Tigers hooker had a back operation for a damaged disc which ruled him out for the rest of the season. Now, recovery completed, Youngs not only returns for this campaign as Leicester captain, but is restored to the England long squad.
However, with lock/blindside Mike Williams getting the nod at the expense of Exeter powerhouse Dave Ewers, and Matt Kvesic passed over for Will Evans, the England U20 openside, my hunch is that Rob Baxter (Exeter) and David Humphreys (Gloucester) will be more nonplussed by those two Leicester call-ups than Cockerill was when Youngs was axed.
Being catapulted into the senior England squad will be a great learning opportunity for the 19-year-old Evans, but the reality is that at 14st 7lbs (91kg) – which is almost 2 stone (13kg) lighter than Kvesic, and most Test opensides – he is a work in progress in every sense. So far, Evans has played in only four Premiership games for Leicester.
Williams can also count his blessings. While he impressed at Worcester as a rugged, mobile back five forward it has not been clear since his move to Leicester last summer whether his best position is lock or blindside. The Leicester pack were not a dominant force in either the Premiership or Europe last season, and assessing the Zimbabwean-born Williams was difficult given that he sustained a broken arm in December, which was re-broken in March and kept him out for the rest of the campaign.
You can only conclude that, despite their lack of top tier action, Jones has been impressed by the potential of the two promoted Tigers – and that Cockerill has been as persuasive an advocate for them as he was for Youngs.
By contrast, the blunt message to Kvesic and Ewers is that they are much further down the pecking order than selection for the Saxons tour of South Africa suggested. In Ewers case it probably comes down to raising his workrate, although Jones’ reservations about Kvesic are harder to fathom.
Where Kvesic steals a march on Jack Clifford and Teimana Harrison is in his strength and nous over the ball at the breakdown, and in the tackle – and because he plays 7 all the time, rather than sporadically, he is constantly in the game. Last season was his best for Gloucester, and if he has more headway to make in carrying and linking, the same is true of his rivals.
There is also no sign of the Saxons captain, Dave Attwood, Chiefs loose-head Alec Hepburn and lock Mitch Lees, Wasps hooker Tommy Taylor, or tight-heads Kieran Brookes (Northampton) and Jake Cooper-Woolley (Wasps).
The inevitable conclusion is that, with young props like Kyle Sinckler and Ellis Genge retained, Jones was not overly impressed by the quality of the Saxons pack despite their two-nil series victory over South Africa A. This is emphasised by the fact that Attwood’s Bath team-mate Charlie Ewels – who is promising, but not the biggest second row on the block – is the only forward from that tour to secure a place in the Provisional EPS.
Among the Saxons backs, some fared better than others. Where Dan Robson, Mike Haley and Semesa Rokoduguni made the cut, Danny Cipriani, below, Ollie Devoto and Christian Wade fell short.
Cipriani’s continued failure to persuade Jones of his merits suggests that his only way back to Test contention is either a plague of fly-half injuries, or for he and Wade to play such scorching rugby that Wasps supplant Saracens as the best club in Europe. 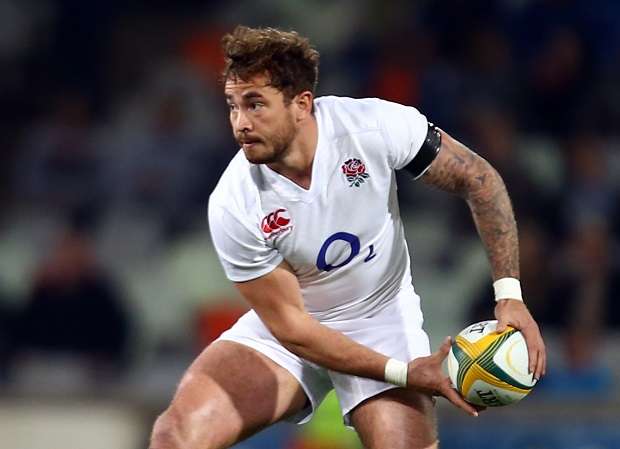 If Cipriani is struggling to feel the love he should spare a thought for Luther Burrell, who, after being subbed half an hour into the first Test in Brisbane, was the only member of the victorious Australia tour party who failed to make the squad.
Following on from being the last man ditched before the World Cup, Burrell has the inside track on disappointment.
Even so, there are very few players left on the outside who could claim that they made it impossible for the England coach to ignore them, and overall the consistency and clarity which Jones has shown in selection was reflected in his first squad of the season.
The only discordant note is the inclusion of players who have been injured whose form is taken on trust rather than proven, like Tom Youngs, Mike Williams and Jonny May, or those whose form has been erratic, like Henry Slade and Ben Te’o.
Jones said after announcing the squad that “the door is always open” to those who produce consistent high-level performances.
If that promise is to hold good then there has to be constant vigilance that the incomers to the squad reflect that gold-standard as strongly as those who are the first names on the England team sheet.