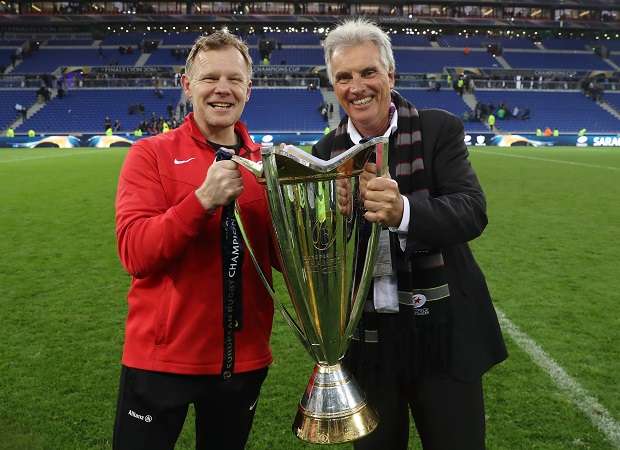 Over the last week the rugby world has had a real shake-up which has the potential to transform when and where we watch and play the game.
Bill Beaumont’s new role at the head of a much changed World Rugby will test his abilities as a diplomat and a leader, after the departing Bernard Lapasset diluted the power of the foundation Unions by adding three new members to the board.
Before and during Lapasset’s time in charge of the IRB, now World Rugby,
the foundation Unions of England, Wales, Scotland, Ireland, France, South Africa, Australia and New Zealand, held a cosy majority of the votes over the rest of the game.
By giving Georgia, Romania and the USA seats on the top table and increase them to two votes each, the balance has now swung in favour of the minor Unions.
Dealing with them will need the delicate diplomatic touch that Bill has become famous for over the years.
There will have to be a number of trade-offs to try and insure that mayhem doesn’t break out and yet already we are hearing some pretty silly comments.
The idea that by restructuring the global season, which seems to me to be about just one thing, moving the Six Nations to April, can reduce the workload on top players is ridiculous.
What makes it even more ridiculous is the thought that you could reduce that workload by adding more games.
The talk of an expanded Northern Hemisphere international competition to include Georgia and Romania would have to be prefaced by a number of games against those nations by the established Tier One nations to bring the new boys up to speed.
Then they would need time to adjust to an annual competition, just as Italy are still in the process of doing. Add to that a call for more cross border games at club level and an expanded European Cup.
Of course, depending which of Bill’s comments you believe, it will be either an expanded competition or two leagues with promotion and relegation.
Personally, I cannot see any situation where relegation would be agreed by any of the established nations as it would cause financial ruin to their established professional club structure if a Union were relegated and could no longer finance them.
Restructuring should make it possible to play all club games, including the European Cup, before you start the international window, which is what happens in the Southern Hemisphere where Super Rugby is played before the start of the Rugby Championship.
The question is, would our clubs be happy to finish their season before April or continue to play through a moved Six Nations?
Moving the Six Nations could be a prelude to the Premiership switching games to the summer months to bring them in line with the Super Rugby season, enabling the potential for Saracens owner Nigel Wray’s idea of a cross hemisphere Champions’ Cup, where the European champions play the Super Rugby winners as clubs look to increase their revenues and audience.
However, if it happened it could bring a conflict with RWC and undermine that competition’s unique commercial value as the only multi-country international competition involving both hemispheres.
All this supposes the one fact that no-one has mentioned – and that is the main financer of the game, television, would be happy to change the schedules around to accommodate the new competition at a rate that makes financial sense for all involved.  Despite an increased number of TV companies it certainly isn’t definite as any move would bring the Six Nations into conflict with other sporting events held during that month.
How Bill manages to deal with the curve ball that Lapasset has left him will be interesting to see.
Congratulations to Saracens as they have finally made it from bridesmaids to bride and won the big prize in Europe, the Champions’ Cup. What has been a long uphill struggle for Sarries has finally paid off, thanks to the unstinting support of Nigel Wray who, over the years, has piled millions into transforming the club from chumps to champs.
Sarries truly had the gods with them last week as the heavens opened and ensured that it would be a dire game that would suit Sarries’ style of power runners, claustrophobic defence and kicking penalty points.
I am not knocking Sarries by saying that. They are an honest and open team of players who believe in what they are coached and make it work.
Having said that, it does help to have one of the biggest multi-international player squads in the Premiership, enabling them to sweep all before them even during the international window.
Finishing the regular season with just four defeats is testament to their strength in depth built up over the years and all within the wage cap.
With a bit of luck, winning the European Champions Cup will help attract the fans the club deserves, although they would then have to dramatically increase the 10,000 capacity of Allianz Park to accommodate them.