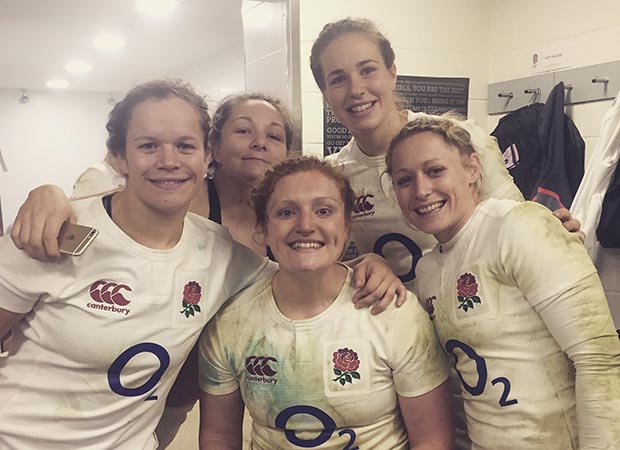 As the dust settles on the World Cup and we see the trophy sail to New Zealand to sit proudly alongside the men’s we have something to look forward to in England.
Unlike three years ago the focus does not completely transfer to the Sevens form of the game. The top level of women’s domestic rugby now has a sponsor and the league is extended to ten from eight. The Tyrrells Premier 15s kicks off on Saturday with familiar names, some not so familiar – and one notable absence.
One of the new kids on the block are Loughborough Lightening, a university set-up steeped in sporting history and success, and with their men’s team in National One they are looking to extend their rugby prowess.
There will need to be some strong recruitment to make any kind of competitive challenge but the announcement of Sarah Hunter as player coach will help along with the hope that many other university alumni will follow. On Saturday, Loughborough Lightening host one of the old faithfuls, Worcester Valkyries.
This club has been run in part by David Guest who became involved when he volunteered to run the line because his daughter Sarah was playing. This kind of story will disappear at the highest club level.
Lightning v Valkyries in this first round epitomises this changing landscape. Loughborough were awarded their place in the new league due to their strong sporting pedigree and a sustainable infrastructure. Worcester are there through years of hard work, determination and a strong family ethic. However the lure of competitive teams in the area may well be too strong for the Valkyries as we see players dispersing to Bristol, Hartpury-Gloucester or Loughborough.
The surprise omission from this list is Lichfield, second in last year’s Premiership and home to five members of the WWRC finals squad. There is no promotion or relegation from the Premier 15s until 2019, by which time I am sure they will have employed a consultant to hone their power point presentation skills to ensure their inclusion.
Firwood Waterloo Ladies are another new entry. After years of attempting to gain promotion the traditional way but regularly failing at the last play-off hurdle this development has come at the right time for them. The extension to ten teams means that an opening was available but their geographical location will always be against them while the game is still amateur and they will struggle to secure enough quality players to feature anywhere near the top of the table.
In their first game they face Saracens who are not the team of old but will develop over the next two years and be secure in the top half of the league.
Darlington Mowden Park who have slowly but surely been growing in strength over the last few years play Gloucester-Hartpury who are led by former England international Susie Appleby. I don’t expect Appleby’s team to feature in the top half but they are a name to look to for the future.
With a link to an AASE programme at Hartpury their development pathway is already in place; one big box ticked.
Bristol, who will be contenders for this year’s inaugural title, have secured coaches Kris de Scossa and Kim Oliver. Oliver, a former England international, and de Scossa, a former Canada coach, will form a strong partnership with a wealth of playing talent at their disposal. They play Richmond, a club reeling from a raft of player defections last season along with their long-time coach Karen Findlay who is now firmly ensconced in Harlequins colours.
Harlequins play Wasps in their opening round, having sealed their place in the Premiership thanks to a little-known village club from Kent.
Aylesford started from scratch as a women’s team in the late 90s when a group of wives and girlfriends wanted to show the club that they could play rugby too.
After years of hard work they gained promotion in to the Premiership the hard way winning leagues and play-off games. Although they retained their Premiership status for three seasons their existence as a top club was not sustainable.
Long story short, Aylesford Bulls went on to win the Premiership last season in Harlequins colours and recognisable as Aylesford only by name. This season Harlequins play under their own name as well as their own colours and will be favourites to lift the trophy.