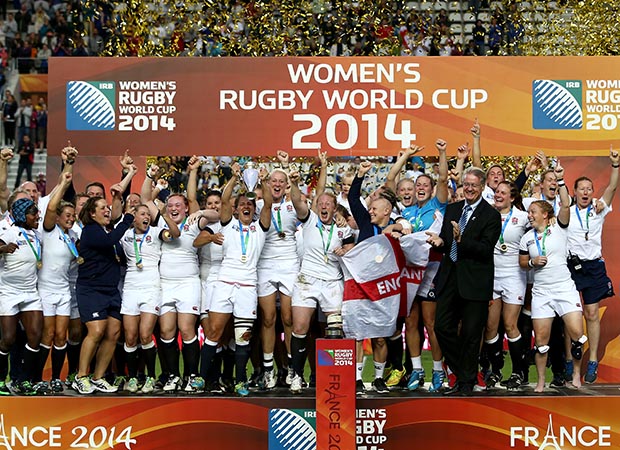 In 2008 we played France away in the Six Nations and recorded England’s biggest victory over Les Bleus, winning 31-0. We were superb that day in Bergerac.
At the end of the game we were on the pitch while the French announcers were addressing the crowd. Their message was that France played well considering they were up against a professional team and should be heartily congratulated.
We were not paid a penny to play rugby then, on the Monday morning we would be back at work. But I remember saying to the team how great it was that France thought we were professional. What a complement to our performance on the pitch and what a testament to our hard work, determination, graft and sheer blood, sweat and tears. I loved the fact that people thought we were professional.
I remember a conversation with Sophie Hemming and David Flatman in the gym at Bath university – yes, he was sometimes there!! – he asked why we always trained so early in the morning. We replied that it was because we had to go to work. He was shocked. He said the toughest challenge he had for the rest of the day was to decide when to take his dog for a walk.
I enjoyed working and having a different focus benefitted me mentally.  I relished the challenge of juggling full time work and captaining my country. My Dad described us as ordinary people doing something extraordinary. It felt normal playing for England but if we sat back for a second and really thought about what we were doing, it was pretty amazing!
Throughout the 2010 World Cup the country got behind us because we had a strong chance of winning, but also because we were sisters, wives, girlfriends, police women, teachers, office workers. We were accessible to the dreams of many people up and down the country. If we could do it so could they. We were like them.
Our supporters were proud of the way we performed, pushing ourselves beyond what is normally expected of other women. The same thing happened in 2014 and the Red Roses lifted the trophy against a back drop of warmth and support. They even went on to win the Team of the Year award at SPOTY – truly deserved.
At this World Cup, the Red Roses are paid to play. They are on contracts issued by the RFU, professional athletes who are perhaps no longer as accessible in our thoughts and dreams. On paper, they should win; no other team has been afforded this luxury.
Expectations increase externally and pressures mount. Are they still ordinary people doing something extraordinary? I was worried about this change, that the warmth of the nation’s support would diminish but fear not, we have been offered a return to the familiar by the RFU and I can relax. Our Red Roses may become ordinary again.
The England 15’s contracts will come to an end immediately following this World Cup. While the men received handsome pay to spectacularly crash out of the 2015 World Cup – more galling for me because I spent a small fortune buying tickets for the dreaded game against Wales – the women, who are likely to perform significantly better will be back to work.
The players knew the situation, but to see the story take off has been brilliant.
Women’s sport for a glimpse in time treated by the media on a par to men’s. Hooray at last!!
I read with interest Jeff Probyn’s comments last week, and as ever he did not disappoint. To say and I quote: “One way forward for the women would be to replace the contract with a match fee as it is in the men’s game, that way they would have the same financial incentive (if they need one) to play for England as the men” is beyond laughable.
The women do not want to be professional so that they can go out and buy a car or a new pair of shoes or a nice house. They want to be professional so that they can get enough sleep and rest between training, take the time to eat the right food, have time to devote to analysis, recover effectively, prepare superbly.
The RFUare investing £800,000 per year for the next three years into the women’s new 15’s Premiership to start in September; between ten clubs that will be £80,000 each. That will pay for the mandatory full-time coach, an assistant coach and will perhaps just about cover the medical support that is required.
This is more investment than any other country in to its women’s domestic competition and the announcement of a sponsor to see the launch of the Tyrrell’s Premier 15 is another forward step. And what great timing, if England do retain their world title the momentum that can gain, the sponsorship that could be attracted will be phenomenal.
But hang on, we will be back to Sevens focus for a year or two and whether right or wrong, justified or not the momentum for international 15-a-side rugby will slow dramatically again until it is expected to rise once more and get itself in shape prior to the next World Cup. Our Red Roses will once again become ordinary people doing something extraordinary.
We really need our new, sparkly, crisp Tyrrells’ Premier 15 competition to work so that one day our nation’s elite players can be paid by their clubs just like the men, but continue to play for pride and excellence for our country. Let’s watch this space.
And just a last thought – Probyn openly admits to not wanting his wife or daughter to play rugby in case of injury, I wonder if he allows them to wear high heels?