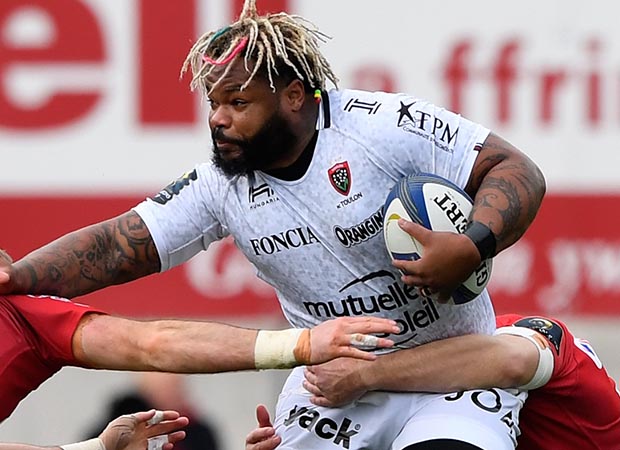 The opportunity to try something new appealed to me when Dallas Griffins owner Phil Camm asked me to head up the club’s rugby operations ahead of the launch of the USA’s Major League Rugby in the spring of 2018.
People may be a bit surprised by my next career choice and I admit it is a bit of a risk, but taking risks is a strength and weakness of mine, and I drive my wife Sally-Anne crazy because of that. When we were making this decision together, we thought back to the time I switched codes. We had a mortgage and the boys were between three and 11 years of age.
The easy thing would have been to stay in Rugby League on a three-year deal with Oldham rather than up sticks and head to Ireland on a six-month contract. When you look back, I think: “Was I crazy?” I had had precious little experience of Rugby Union and knew little of the Irish rugby landscape yet it all worked out well in the end.
I’m due to fly out to Texas at the end of August, once my green card comes through. My youngest son, Jacob, who’s a fly-half like his two brothers but thinks he’s a seven because he loves nothing more than to get his head over the ball, will be joining me there. He’s previously turned out for Wasps U15/16s and Bath U17s and will combine playing with his university studies. Only five foreign players are allowed in a 23-man matchday squad so there won’t be a flood of English players coming in, although I am looking for player-coaches for both the backs and forwards.
MLR is different to its predecessor, the PRO League, in that it is based on a Premiership model where each of the clubs involved have a stake or a share in the competition. All nine clubs have already paid a bond and there’s a vision to expand with more teams over the next couple of seasons. Having seen behind the scenes of how this competition is set up, it’s exciting to think of the potential of where this league could go. The “sleeping giant” cliché is used a lot with American rugby but this comp seems to have the right structure and if we get close to the potential then it’s going to be a very exciting few years.
Being on the board of directors, I will get to have a say in some of the club’s business decisions, a different challenge that I am looking forward to immensely. With only 16 games in a season, I can use the spare time to develop myself in other areas – unlike the Premiership which is too full-on for anything else. Even in the few weeks you get off for holiday, as a Premiership DoR you are still thinking about the game, 24/7.
While the rugby is not going to be as the same standard as the Premiership or Top 14, coaching in the MLR will still get the competitive juices flowing again. Pretty much every weekend since I was a 17-year-old novice at Wigan, weekends have been about winning and losing. It becomes a drug that’s hard to kick.
Phil first approached me after Bath sacked me, a decision I don’t mind admitting hit me hard. Based on the Manchester United ‘Class of 92’, we went down the road of recruiting the best young English talent at Bath when the easier route would have been to use Bruce Craig’s millions to snap up the world’s best stars.
The first two years were brilliant where we reached two finals and finished second in the Premiership, but then the expectations became unrealistic, especially after a World Cup in which 13 of our players were involved. I’m certain that young squad would have gone on to win something, and for the organisation to change its mind halfway through the project was disappointing. We needed to be patient. Plenty of Bath people told me that the rugby we played was amongst the best they’d ever seen at The Rec. I am proud of the way we played at Bath. The rugby we played was, at the time, pretty unique!
Going to Toulon was brilliant for me as a coach because I was completely out of my comfort zone, and I got to work with Richard Cockerill. The opportunity to share ideas and philosophies with another Premiership DoR is rare – for obvious reasons – so it was great to share experiences. As a head coach, you are supposed to have all the answers, which obviously you don’t, and you can become a bit isolated.
The challenge for me was the language. Fifty-two per cent of the squad were English-speaking and of the rest, around half of them, didn’t understand a word. Mathieu Bastareaud’s English wasn’t bad but I still needed help to get the message across. Describing him as “being like an oak tree” definitely got lost in translation! The awkward silence seemed to last forever!
In the space of seven days, between a narrow loss to Saracens in our final Champions Cup pool match and an equally heart-breaking defeat with the last kick of the game at home to Top 14 leaders La Rochelle, my standing at Toulon changed dramatically and it quickly became known that Fabien Galthie would be coming in to replace me.
While disappointed that my stay in the Cote D’Azur did not last as long as I would have liked, I certainly came back a much better coach for the invaluable experience. The support from all the senior players was very reassuring, you quickly get found out by these guys if you are not up to scratch but the club needs to be more aligned with what they want.