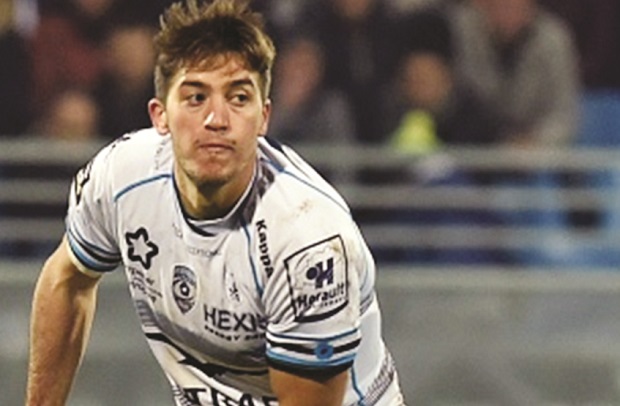 The fly-half merry-go-round has been in full swing throughout a frenetic last few months with a host of No.10s switching clubs in the Premiership or arriving from overseas.
Now that all the wheeling and dealing has been done, it will be fascinating to see which of the clubs get the best return for their investment.
For me, Demetri Catrakilis has the toughest job of them all. Replacing Nick Evans, the best fly-half in the Premiership over the last decade is a hard enough ask as it is, but to be coached by him as well puts extra pressure on the signing from Montpellier.
I’ve commentated on a fair bit of Top 14 rugby over the last few seasons and there is no doubt that Quins are getting themselves a very good kicker off the floor and out of hand.
But I just wonder if the South African is vociferous enough to be top drawer in the Premiership. If you look at all the top 10s in the competition – Owen Farrell, Gareth Steenson and Jimmy Gopperth – they talk, non-stop, as that’s what you need to do to ensure everyone is on the same hymn sheet.
I was chatting to Nick Easter at his wedding and it is a big year for Quins. Last season there was chat that Mike Brown and Danny Care were considering their futures, which was unthinkable a few years ago when Conor O’Shea was at the helm. Catrakilis needs to be able to slot into the ‘Quins way’ as quickly as possible and drive their game forward if they are to return to being top four contenders and keep their top stars on board.
Northampton will be hoping that Piers Francis will give them the attacking edge that many people felt they lacked last season. It is not yet clear if he has been brought in from the Blues in Super Rugby as the ‘great white hope’ at 10 or whether it’s Saints’ intention to play him at 12, where he operated for England this summer, as a second playmaker alongside Stephen Myler.
If Francis sees himself as an out-and-out 10, that could be a problem because trying to find places for someone, especially a high-profile signing, can cause disharmony in a squad. That said, it has worked well with Danny Cipriani and Gopperth at Wasps.
An out-an-out 10 is exactly what Gloucester, the perennial under-achievers in the Premiership, needed to challenge Billy Burns and, in Owen Williams, that’s exactly what they have got. I rate Owen. He is a brilliant footballer who can bang over kicks from 50-55 metres and his game-management improved no end at Leicester.
Being the dominant figure at 10 at Kingsholm should suit him, and knowing that he’s now in Wales’ plans will also give him added confidence.
Down the road at rivals Bath, Freddie Burns has settled in well at his hometown club. By all accounts, he’s already called “The King of Bath” by his team-mates. With Freddie and Rhys Priestland in situ, Bath have got two great fly-halves to share the load. Freddie has matured massively as a player in the last five years and can now not only create something out of nothing but also put his side in the right areas.
I look at people like him and the man he replaced, George Ford, with a tinge of jealously, because all I could do was manage a game!
Freddie responded brilliantly to the situation last season where it was clear Tigers wanted George Ford and not him. Some of his play was exceptional.
As a 10, I perhaps wasn’t the most fashionable player and we were linked with Wilkinson, Hernandez, Spencer … all sorts of players during my time at Leicester. Having your name bandied around by all and sundry around contract negotiations is never easy. And these days social media has taken the rumour mill onto another level. You need very thick skin as a player nowadays, and Freddie has shown great mental strength to come through that with flying colours. Not many people get a standing ovation on their last home game at Welford Road.
For me, the sum of Freddie and Owen Williams last year is greater than the two Fords at Leicester. George is without doubt the best front-foot No.10 in Europe but he will be missing on England duty for parts of the season meaning that his brother Joe and Matt Toomua will need to share around 10 games between them, maybe more, if heaven forbid, George gets injured.
It’s great to see Toby Flood, another Leicester old boy, back in the Premiership. I don’t mean to be disrespectful to any of the fly-halves who have played there before but Newcastle have been crying out for a dominant character at 10 and haven’t found a replacement since Jonny Wilkinson headed to Toulon. Toby will be fresh after a couple of frustrating years at Toulouse where he didn’t play as much as he would have liked and will no doubt have the bit between his teeth. I think he’s a great signing by Dean Richards, who has added some real quality to the Falcons’ back line.
Sale and Worcester are two clubs that probably should have added to their stock of fly-halves but haven’t as yet, unless Sale are planning on playing James O’Connor there. In my opinion, that would be a mistake.
I just don’t see him as a Premiership 10. Yes, he can do unbelievable things but he can also make game-changing mistakes when put in that position. In the Premiership, you need a Plan A, B and C, and he only knows how to play one way.
Ryan Mills is a great lad and did a fantastic job for Worcester last season but he prefers to play 12 and is prone to injuries, so that could leave Warriors stretched unless Gary Gold has some last-minute recruitment up his sleeve.