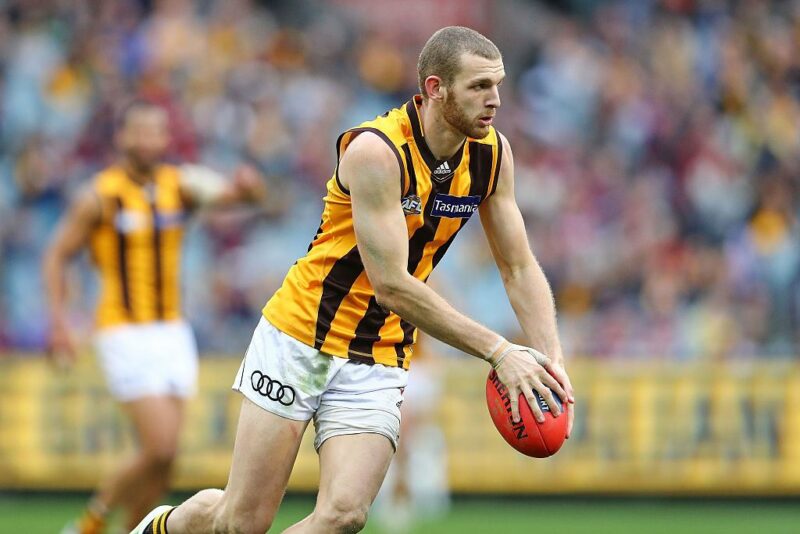 High-flying Kiwi full-back Kurt Heatherley is aiming to bring his aerial skills to bear for Jersey after swapping Aussie Rules Football for a stint in the Championship.

Heatherley, English-qualified through his grandfather and whose father, Laurie, played for Bath in the early Nineties, followed an unlikely career path as a teenager when he was scouted by Melbourne-based Aussie Rules giants Hawthorn while playing basketball.

Hawthorn claimed three Premierships in Heatherley’s time there and he has special memories of playing at the magnificent Melbourne Cricket Ground.

Standing 6ft 4ins (1.94m), he promises to be an imposing presence for Jersey in attack and defence after transitioning with Auckland in last year’s Mitre 10 Cup.

Tauranga-born Heatherley, 25, told The Rugby Paper: “I’m certainly looking to bring something in terms of the aerial side of the game and anything I can pass on there.

“I’ve still got a lot to learn, but since leaving Hawthorn I’ve been back playing in New Zealand and had been due to play Shute Shield in Australia before the opportunity came up with Jersey.

“It wasn’t the easiest of transitions last year but being a Kiwi means I always had a passion for rugby and growing up I was part of the Waikato schools system.

“I’m more confident now after playing for Auckland and I’ll look to keep developing my game at Jersey.”

Of his unusual earlier move into Aussie Rules, Heatherley explains: “I was playing basketball for New Zealand U17s when Hawthorn recruited me. I was a little hesitant because nobody knows much about Aussie Rules apart from the Australians, but I went over to Melbourne at 16 and did two years at High School before I was fortunate to be offered a full contract.

“I ended up doing eight years in all and was lucky because Hawthorn had a pretty stacked team. In one way that limited my chances but we were the best side in the country at one stage and won three Premierships in a row between 2013 and 2015, so I learnt a hell of a lot from top professionals and I’ve got some lifelong memories from my time there.

“They get massive crowds in Aussie Rules and I was lucky enough to play in one of the big Melbourne derbies against Collingwood in front of 88,000 at the MCG. I played three or four other times in front of over 80,000 and while that can be a little bit daunting, I loved every minute. When the crowd’s roaring and you’re on the winning team, it’s very special.”

Heatherley added: “When my contract was up in 2018, I was tossing up whether to stay in AFL or move on. At 24, I was probably at an age where I could transition back to rugby, while any older and it might have been more difficult, so I decided to switch sports.”

Could Heatherley follow in the footsteps of Israel Folau, left, another Aussie Rules convert who made it big?

He laughs, before replying: “He’s got a few years on me and if I can be half as good as him I’ll be doing alright, but we do have similar skills. I’ve still got loads to learn and am far from the complete player, but Jersey have shown faith in me and I aim to repay that.”