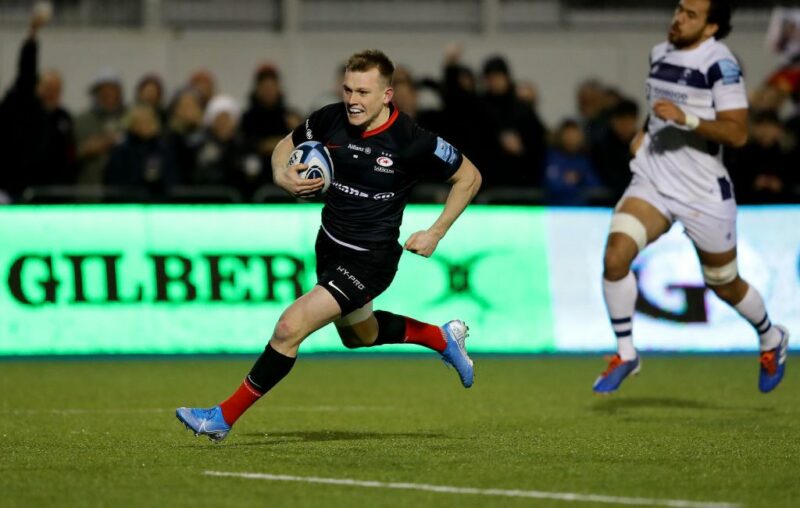 Nick Tompkins will be using the old pals act with his Saracens team-mates in the next few weeks to try to get an insight into European Challenge Cup quarter-final rivals Bristol Bears.

Tompkins’ new team, the Dragons, are set to travel to Ashton Gate on September 18 for a game that few have given them much chance of winning against one of the top teams in the English Premiership.

But with a Heineken Champions Cup winners medal already in his collection from last season, Tompkins isn’t about to give up all hope of beating Pat Lam’s ‘All Stars’ on the other side of the Prince of Wales Bridge.

“I definitely wouldn’t be writing us off. We are going to go there and give it our all,” said Tompkins.

“I’ve spoken to the Sarries boys to wish them good luck in their games, but I haven’t asked them for any inside info on Bristol as yet. That will come later.

“I’ve been watching Bristol on TV to see what their strengths and weaknesses are. I saw them beat Saracens and Gloucester and they looked impressive.

“We need to be clued up on the way they play and how they attack and defend. They are very strong and have some unbelievable weapons to use in attack.

“It’s not just Semi Radradra but Charles Piutau as well. The one thing you can’t afford to do against them is switch off.

“They scored a try from a tap in their 22 against Gloucester and we can’t allow that to happen. That’s the kind of thing they can do. You have to be careful with your kicking game against them because they have players like Piutau and Radradra. But there are weaknesses and we will have to try to exploit those.”

It will be a strange evening for Tompkins and fellow Saracens loanies, Ben Earl and Max Malins, who will be on opposite sides having been team- mates for much of the season.

“I will probably give Ben and Max a bit of stick before the game,” admitted Tompkins. “The good thing is we’ve had a couple of games in the PRO14 to use to build up to the game in Bristol.”

Two rounds of Welsh derbies have given him a chance to get a taste of what life will be like on the field week-in, week-out in the PRO14, but on the horizon is that clash with a player Bristol head coach Pat Lam described as “one of the best in the world” when he signed him.

The clock may be ticking ahead of the September 18 showdown with Fijian sensation Radradra, but Tompkins is going back in time in his memory to recall when he used to regularly tackle some of the biggest names in the game.

“I used to have players like Billy Vunipola running into me in training at Saracens, so it will be nothing new,” said Tompkins.

Vunipola weighs in at 130kg, while Radradra is a mere 105. As Tompkins admits, it will be a case of “going low and closing my eyes.”

The last two weekends have seen him face a number of rivals for his Welsh centre spot, but he welcomes the competition.

“You need this for Welsh rugby – young talent pushing through. It’s brilliant for me and for everyone else in the squad,” he added.

“Competition genuinely brings the best out of people and you need that challenge. I know I can’t take anything for granted.

“I just want to make the most of my chances here at the Dragons and then with Wales if I get selected.”