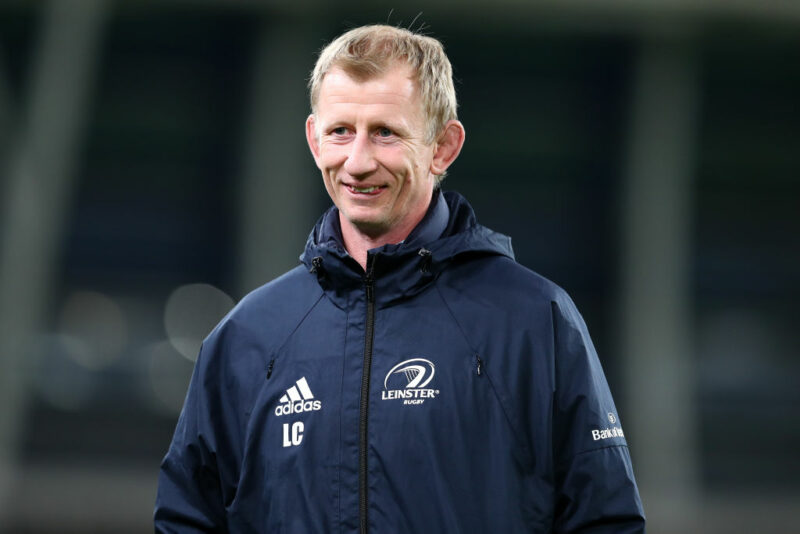 Scott Penny made sure Leinster’s unbeaten season continued with the clinching try two minutes after his arrival against Ulster at the Aviva Stadium.

Having already qualified for the PRO14 semi final against Edinburgh next weekend, Ulster were very disappointing for long stages of this Irish derby, but they managed to claw their way back after Rob Herring mauled over a try in the second half.

But the boot of Ross Byrne and Ed Byrne’s early try had given Leinster a strong position to defend, while Penny and Harry Byrne rounded off a deserved win with late tries.

From the start Leinster were dominant and captain Ed Byrne burrowed over and Ross Byrne converted to give the purple-clad Leinster a 7-0 lead.

Last week in defeat to Connacht, Ulster’s play was error strewn and no much changed in the opening period. Instead Leo Cullen’s outfit stretched their advantage thanks to a Ross Byrne penalty.

Facing his former teammates Ian Madigan made his first start for Ulster and it wasn’t until the end of the first quarter that he started to show his talents in attack. But time and again Ulster left empty handed and Byrne’s second penalty following a breakdown infringement saw Leinster’s lead extended to 13-0.

With a healthy lead in the bag Leinster were happy to challenge their defense from there to the break, and despite a couple of promising salvos Ulster couldn’t score. A five-metre leinout was stolen by Ross Molony, before a second attempt misfield four minutes later. A minute from the break Leinster’s defensive mauling pulverised Ulster, while the unbeaten side rounded out the half by winning a scrum penalty.

Considering the error strewn first half from Ulster and Leinster’s dominance, the only surprise was Leinster only led by 13 at the break.

But that was soon extended four minutes after the restart. A powerful Leinster scrum saw Ed Byrne force a penalty and the kick from outside the ten-metre line proved manageable for Ross Byrne for a 16-0 lead.

With both sets of replacements getting a good run the game began to break from the previous format and 12 minutes from time Cooney made it 16-10 from the tee following an offside infringement from Rory O’Loughlin.

But seven minutes from the end Leinster made sure of the win. Harry Byrne was the instigator with an arrowed kick to the corner, but Penny had very little company on the right wing as he gathered and stretched to score the clincher.