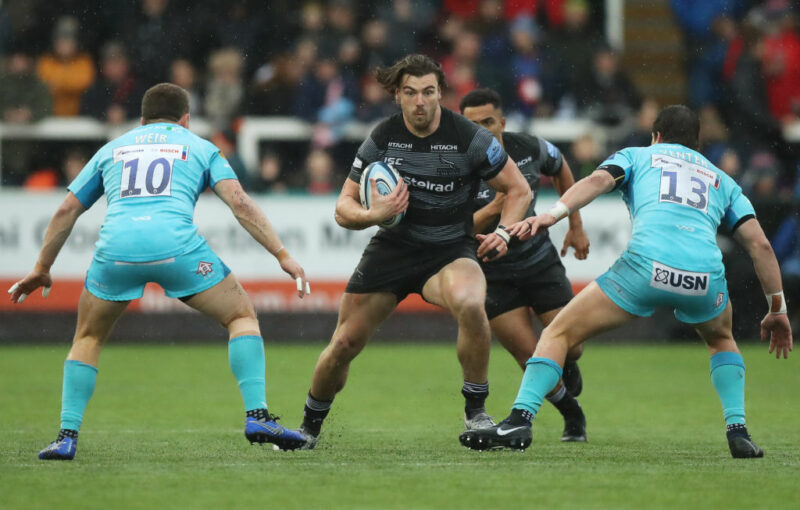 JOHNNY Williams insists he is in no rush to follow Dragons recruit Nick Tompkins and fast track his way into the Wales team after swapping Newcastle for Scarlets.

Both centres won the World Rugby U20 Championship with England as teenagers – Tompkins in 2014 and Williams two years later – but qualify for Wales because of family connections in the north of the country.

Londoner Tompkins is eligible through his Wrexham-born grandmother Enid, and was a surprise inclusion in Wayne Pivac’s first Six Nations squad, winning four caps, while uncapped Williams’ Welsh-speaking dad is from Rhyl.

The two could soon be competitors for a place in Wales’ midfield but Williams, who hails from Reading, says he has a big enough fight on his hands getting into a star-studded Scarlets back line before entertaining any thoughts of higher honours.

“There is basically a full international backline at Scarlets, so it is going to be seriously competitive and tough to get into the team,” he told The Rugby Paper.

“First and foremost, that’s my focus and then, hopefully, I’ll play well, and we’ll see what happens from there from an international point of view.

“I can learn a thing or two from guys like Jon Davies and Liam Williams and see what makes them British & Irish Lions.”

After scoring a try for England in the traditional end-of-season match against the Barbarians last summer, Williams’ world was rocked by a diagnosis of testicular cancer.

But, after four months of chemotherapy treatment, he received a clean bill of health and was able to resume training in November before taking to the pitch with Newcastle for real in January.

“A lot can happen in a year,” Williams laughed, brushing off what was an extremely tough time with a dark sense of humour.

“I had a good run when I came back, playing in something like eight to ten games, and I felt like I was playing well and back to my best then Covid came around, which was really frustrating.

“Now I’m ready to get back stuck into it and hopefully it all goes well.”

The 23-year-old still has blood tests and scans as part of his monthly check-ups.

“It is part of the protocol. You just do it and crack on, and no news is good news. You don’t hear anything unless it’s bad news basically. From that point of view it is fine,” he said.

Williams’ move to Scarlets sees him reunited with head coach Glenn Delaney and assistant attack coach Richard Whiffin, who gave him his first chance in professional rugby at London Irish.

“I know what they are about, and I know they are really good coaches, so it was a bit of a no-brainer when the opportunity to come to Scarlets arose,” he said.

“Scarlets play a really good style of rugby that’s attractive to watch, and I think I can add some value to the team.”