Harlequins add competition for No.9 shirt with Scott Steele signing 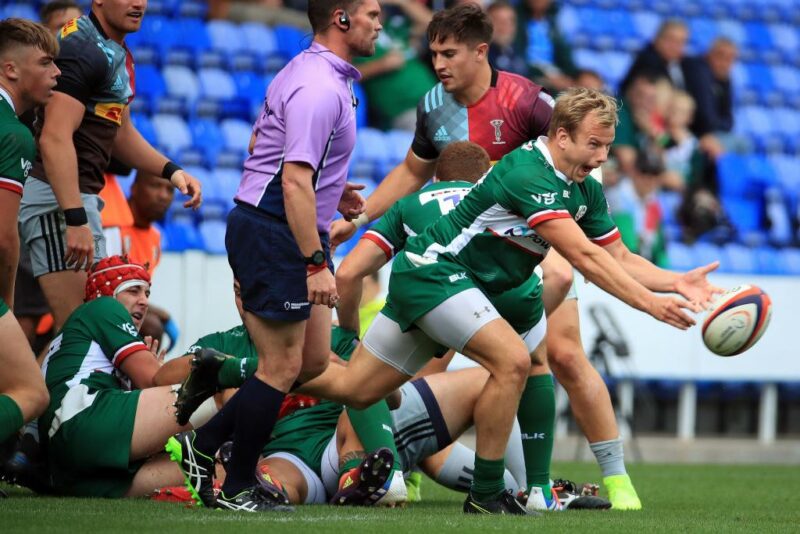 As reported in The Rugby Paper on July 12, the 26-year-old is on his way to Twickenham Stoop to challenge Danny Care and Martin Landajo in the scrum-half department.

Steele, who played 127 times for the Exiles, helped Irish to two promotions from the Championship and has previously represented Scotland at U20 level.

“I’m really excited about a new challenge after a six-year period with London Irish,” Steele said.

“I’m looking forward to working with and learning off a great variety of experienced heads and impressive young talent at the club.

“The coaching setup at Quins is full of experience and I think there’s huge potential for me to further develop my game here.

“I’ve spent some time at training this week and the setup seems extremely professional, it allows the players to just come in work hard each day. I’m looking forward to getting involved and getting back to matchday action.”

Harlequins head of rugby Paul Gustard said: “It’s exciting to have a player of Scott’s quality join the club as we head into the remainder of the current season and beyond.

“He has played over 100 games whilst with London Irish and affords us an impressive halfback department going forward with Danny and Martin already in place. With the retirement of Niall [Saunders] it was important we got someone in who could play immediately and we were delighted that Scott was in a situation to move and we were then in a position to offer him a squad spot.

“He is a proven performer at this level and is one of the more combative and competitive nines around. He is hungry and keen to continue his development and I am sure with Snap [Nick Evans], Longy [Sean Long] and of course Charlie [Mulchrone] working within our coaching team, he will be in a great environment to do just that.

“I know our fans will be looking forward to seeing him play and see how he can provide a service that will unleash the explosive and lethal talent we have from 10-15.”