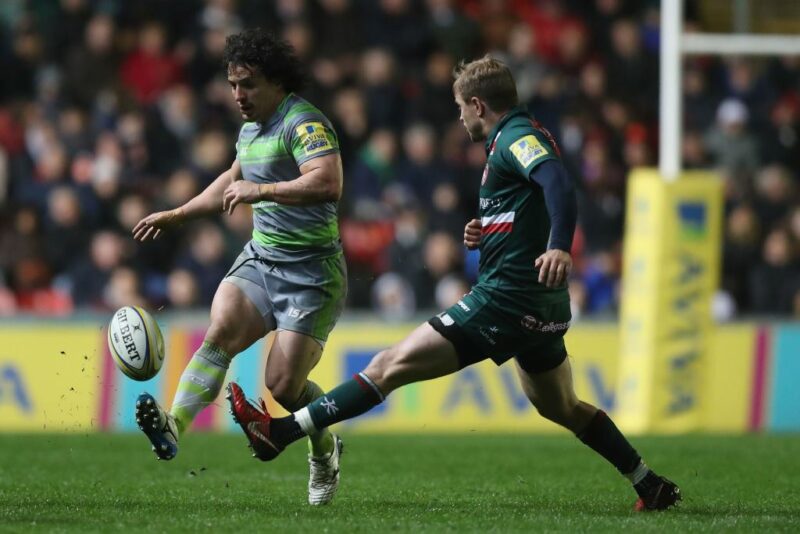 Juan Pablo Socino has penned a one-year contract at Saracens, who continue to build on recruitment for life in the Championship next season.

As revealed by The Rugby Paper on May 17, the former Newcastle Falcons fly-half/centre joins Saracens a small group of new recruits steeped in experience at the second tier.

Socino starred for Rotherham Titans to claim the 2013-14 Championship Player of the Season award, and grows the cohort consisting of Will Hooley, Harry Sloan and Alec Clarey to have signed for Saracens from Championship clubs.

After a four-year stint with Newcastle, Socino departed for Edinburgh in 2018 where he spent one season before moving to Spain with CR El Salvador.

Capped four times by Argentina, Socino explained his eagerness to return to England.

“I was in Spain so for an opportunity to come like this it was huge,” Socino, 32, said.

“I know the type of players they have as well and I know the Argentinians they’ve had here, like Chipi and Chelo, and I’ve heard really good things.

“To be joining such as a successful club is huge for me and my family.”

Director of rugby Mark McCall added: “Juan Pablo is a hugely experienced player and will have a significant role to play in the exciting challenge ahead.

“We have been impressed with his desire and motivation to make the most of this opportunity and have no doubt he will have a positive influence on some of our younger players.”

Socino has prior spells with Nottingham and French side US Dax.