Home / Club Rugby / Webb: I’m back where it all started to reclaim Wales No.9 shirt

Webb: I’m back where it all started to reclaim Wales No.9 shirt 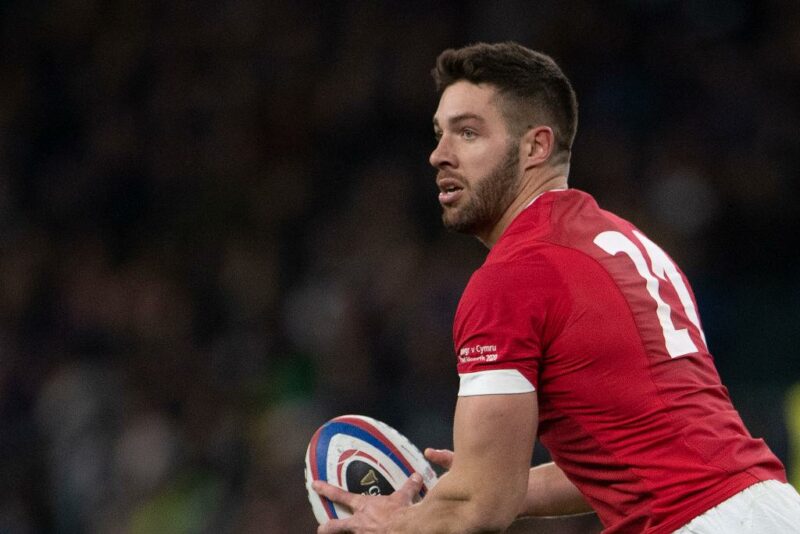 RHYS Webb has turned businessman and part-time farmer during lockdown, but now the Wales scrum-half is ready to get back to the day job as his career comes full circle.

The 31-year-old will this week return to training with the Ospreys, his first club, as rugby in Wales continues to battle huge uncertainty due to the impact of COVID-19.

Webb nonetheless remains hungry to play again. His long-term targets include regaining the Wales No.9 jersey and making a second British & Irish Lions tour in South Africa next summer.

“It’s a new dawn and back to where it all started,” Webb said. “With the rules we have to follow it’s going to be a bit awkward. I’m not sure how we’re going to play rugby and do social distancing.

“It’s going to take a lot of getting used to in the next couple of weeks, but hopefully we can soon get back into a full team environment.

“I’ve maintained the level of fitness required for international rugby throughout lockdown. I’ve been doing body and weight sessions and a lot of running and cycling alongside some home schooling.

“We’ve got a bit of a small holding at home so I’ve been running after the animals. We’ve got pigs, chickens, donkeys and a horse so I’m pretty busy!

“The donkey had a foal last week. That was a nice surprise to wake up to! I’ve always wanted a few fields and when I came back from France we found a nice house.

“It’s been great to spend 24 hours a day with my family. I had time away and I’ve caught up now. I’ve loved it and I’ve also been working on a new business.

“It’s called 9Twelve Rugby Academy – I set it up with Ben John and Ashley Beck. We know each other very well from the Ospreys academy. We thought there was a big market to help young players with their fundamental skills and development.”

Webb returned home after a well-publicised spell with Toulon. His France move saw him become a victim of the Welsh Rugby Union’s 60-cap rule and the result was a 791-day exile from Test rugby.

In that time Wales won a Six Nations Grand Slam and finished fourth at the 2019 World Cup, but Webb was back in the red jersey for this year’s Six Nations. He played one game for Bath after his Toulon stint ended in disappointing fashion and is now an Ospreys player again.

He is looking forward not back. “It’s a new season now with new coaches,” Webb said. “The boys are looking forward to bringing the Ospreys back to where they need to be which is competing at the top. That’s certainly my ambition and it should be the ambition of every player at the Ospreys.

“It was nice to be back involved with Wales in the Six Nations. I’ve got to keep putting in strong performances for the Ospreys to put my hand up for international selection, but I still feel I’ve got a lot more to give in the red shirt.

“I missed it, definitely. I was on the bench a couple of times in the Six Nations. They’re the games you want to be involved in.

“I was working with the best coaches in the world and it got me back to where I needed to be fitness wise. I was gutted the Scotland game was called off as I was due to start.”

And what about the Lions? Webb helped Warren Gatland’s side draw with New Zealand in 2017 and at his best remains the Welsh scrum-half with the best all-round skillset.

“It all starts with the Ospreys. If I play well for them it will give me a shot at selection for Wales.Then the Lions tour will come around quick.”

It is a fresh dawn at the Ospreys. Former London Irish, Bath and Harlequins coach Toby Booth is in charge and Webb is set to be involved when the PRO14 returns behind closed doors on August 22.

Players in Wales remain in talks with the WRU over permanent pay cuts to safeguard the game’s future. The Ospreys will be training at St Helen’s in Swansea as their Llandarcy base is being used as a medical facility.

“I haven’t heard too much about the Wales stuff because I was contracted with Bath until July 1,” Webb said. “If players are seeing cuts they want to try and get that money back somehow.

“The Bath players have had a cut – about 12 per cent. In Wales I’m hearing  they’re chucking big numbers about in terms of pay cuts but not getting anything back out of it.

“I know a couple of the English clubs have added a year or two to player deals so they can get that money back. I know a couple of boys haven’t signed deals in England yet so it will be interesting to see what happens, but I’m still absolutely bouncing to be getting back into the swing of things.”