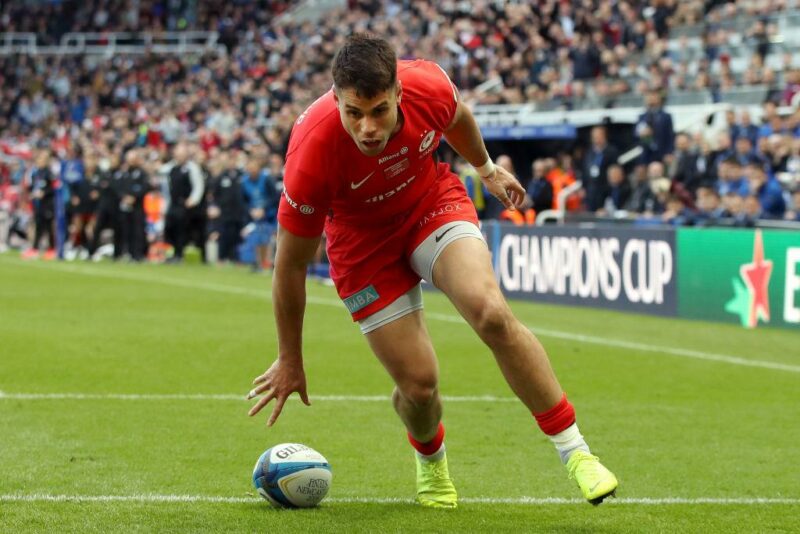 Experienced wing Sean Maitland has agreed a two-year extension to stay with Saracens.

A British & Irish Lions tourist in 2013, Maitland will remain in north London until at least 2022.

The 31-year-old was set to become a free agent at the end of June, but has finalised terms to play for Saracens in the Championship next season and beyond.

Honours have been easy to come by for the scorer of 29 tries in 73 appearances since arriving at Allianz Park from Glasgow Warriors in 2016, winning two Premiership titles and two Champions Cup.

“I’m very happy to extend my Saracens; it was a bit of a no-brainer for me,” said Maitland, capped 48 times by Scotland.

“My family love it here, we’re settled and I wanted to stayed because I love being here and I love what the club is about and the people that are in it.

“We’re one big family. That comes right from the top, from the owner, into the group and the Academy. We’re all aligned, one big family, and for me that’s important.

Saracens director of rugby Mark McCall said: “Sean has made an outstanding contribution to our club over the last four years both on and off the field.

“He has taken his game to a new level during that time and has had a great influence on some of our younger players. To have a player of Sean’s quality and experience commit his future to the club is a huge boost.”

Maitland’s re-signing follows on from the announcement on Tuesday that loosehead prop Ralph Adams-Hale had committed his future to Saracens, and Manu Vunipola yesterday.

Adams-Hale, 23, played a key part in setting up Maitland for a crucial try in Saracens’ Premiership final victory over Exeter Chiefs last June.

The former England U20 international has signed a three-year extension.