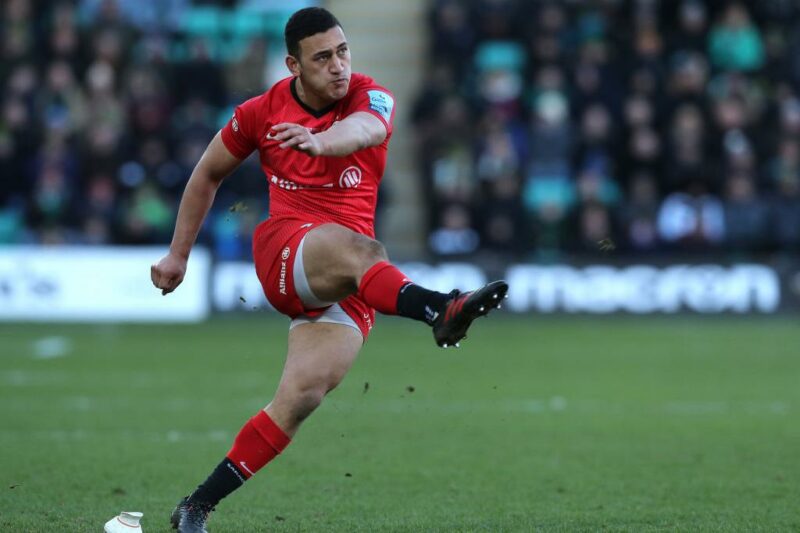 Saracens fly-half Manu Vunipola signed a new contract with the Championship-bound club through to 2023.

The cousin of England pairing Billy and Mako Vunipola, Manu’s career has been on the ascendancy since he kicked England to the 2018 U20 World Championship final.

And although Vunipola tasted defeat in losing to France on that occasion, the 20-year-old has become the second-choice option for Saracens at No.10.

With Saracens relegation to the Championship confirmed, Vunipola says that has not deterred him from committing for the long term.

“It was an easy decision to re-sign with Saracens,” Vunipola said. “It’s been an awesome season for me with the game time that I have had and the opportunities the coaches have given me has been amazing.

“The club has been incredibly good to me and my family, looked after me and they’ve made me the player I am today.

“I’m just thankful they offered me a contract and I’m lucky to be able to have re-signed with this wonderful club.”

Saracens director of rugby Mark McCall said: “Manu has benefitted greatly over the last 12 months from the exposure he has had to playing in the Premiership and in Europe.

“He has demonstrated that he has both the temperament and skill set to be a very good player and we are obviously delighted that he has chosen to continue his development at the club.”

Vunipola’s standout moment in a Saracens shirt thus far came last November when he held his nerve to land a late penalty kick and clinch a 16-13 win over London Irish in the Premiership.

The announcement of his renewed contract comes after Sean Reffell, Joel Kpoku and Tim Swinson agreed terms at Saracens.