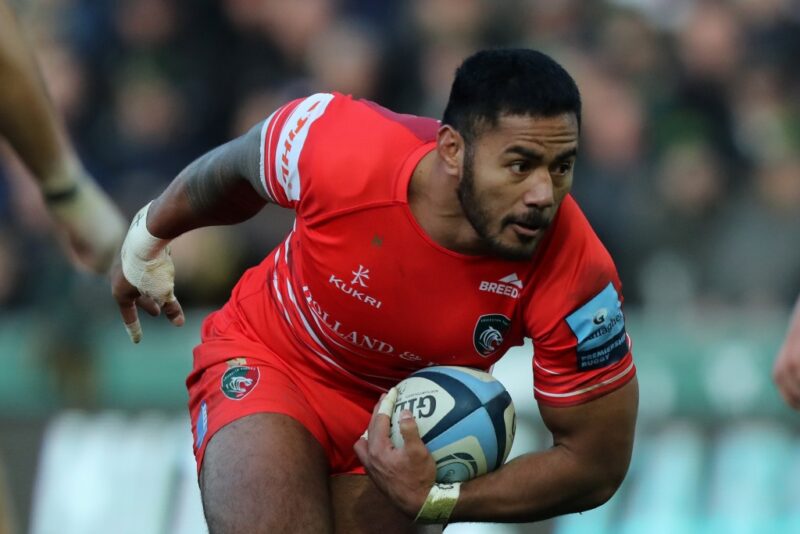 Steve Borthwick will a considerable hole to address in Leicester’s midfield after Manu Tuilagi was one of five players to refuse new contracts at Tigers.

Tuilagi has spent his entire club career at Welford Road, where he made his debut in 2009, and has been heavily linked with a move to French over the past few days.

His sudden departure adds to dire situation faced by Leicester who, like other Premiership clubs, have painted a clear picture of the need to constrict their expenditure.

Earlier on Wednesday the club had released a statement saying it had already lost £5m as a result of the club season being suspended by the global health crisis.

In response, Tigers say they are considering redundancies for 31 of their non-playing staff while also working to have their playing squad agree to sizeable pay cuts.

“Early on after we had little income coming in, we asked staff and players who were earning above a certain level to take a 25% pay cut across the board,” said Leicester chief executive Andrea Pinchen.

“Everyone bought into that. Then as we looked at a central funding cut of 60% and the loss of £5m from not playing, which will double if we are not allowed to have spectators back until January, we realised we had to make deep cuts.

“That is primarily wrapped up within players’ salaries. They were asked, for next season only, to take a reduction of 25%, above a certain threshold, with an opportunity to later claw back part of it and to sign an agreement to say that they would not reserve their right but accept it. Some chose, because of their own circumstances, not to come on board.

“There is no blame game in this,” added Pinchen. “We wish them well for their next chapter. We had to go down this path and the majority of the players are going with us. Some wanted more money than we were prepared to pay and were not prepared to talk with us, so here we are.”

Tuilagi has been linked with a move not to the Top 14 but to the second tier of French rugby with Pro D2 outfit Beziers.

Based in the south of France, the club who won six national championships during the 1970s are finalising the motions of a takeover by billionaire investors from the UAE.

This has led to a number of names being touted with big-money moves, including Beauden Barrett, Ma’a Nonu and Courtney Lawes.

Leicester are upset that the contract difficulty has been played out in the media. “That has been massively disappointing,” said Pinchen. “We may not stop it but we will get to the bottom of this and going forward there will be a code of conduct that everyone will be expected to live by.”