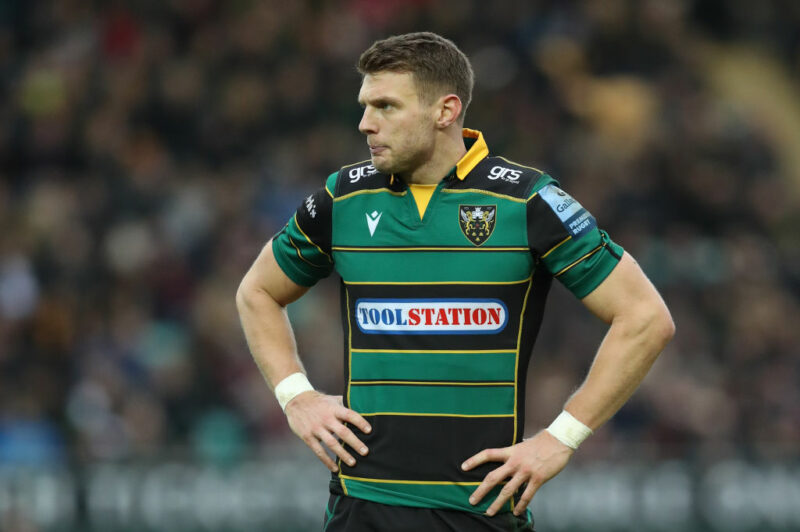 Northampton Saints have agreed new contracts with 19 members of their first-team squad, including Dan Biggar and Lewis Ludlam.

Five other internationals have joined the Wales fly-half and England flanker in committing to Northampton.

Courtney Lawes, Teimana Harrison, Piers Francis, George Furbank and Rory Hutchinson have all agreed to new terms, as clubs across the Premiership work to lower their budgets.

Meanwhile the likes of club co-captain Alex Waller, Mikey Haywood, David Ribbans, James Grayson, Ehren Painter, James Fish, and Lewis Bean have all also been rewarded for a string of impressive performances in Black, Green and Gold this term, plus Alex Coles and Samson Ma’asi move from Northampton’s academy set-up into their first senior contracts.

“Getting so many influential players bought in to what we’re trying to achieve, and committed to staying with us for an additional two or three years, is a huge coup for Saints,” said director of rugby, Chris Boyd.

“The connection and cooperation of our players to back the club long-term has been great to see.

“We firmly believe we have the players in place already at Franklin’s Gardens to compete at the very highest level of English and European rugby, and to challenge for every trophy available to us.

“We have a great balance of emerging and world-class players at our disposal, with a home-grown spine to the team, so it was vital for us to keep this exciting group together and build the core of our side.

“Moreover, 17 of these 19 players are English qualified; part of our responsibility is to produce players capable of representing England and we are confident we can continue to do that within this group and throughout the rest of the squad in the coming years.

“The entire squad and staff deserve huge credit for how they have handled the situation caused by the pandemic over the last few months. There’s been a massive amount of effort put in behind the scenes to make sure everyone remains together, and now we’re training again you can see how hungry our players are to rip in to matches when it is safe to do so.”