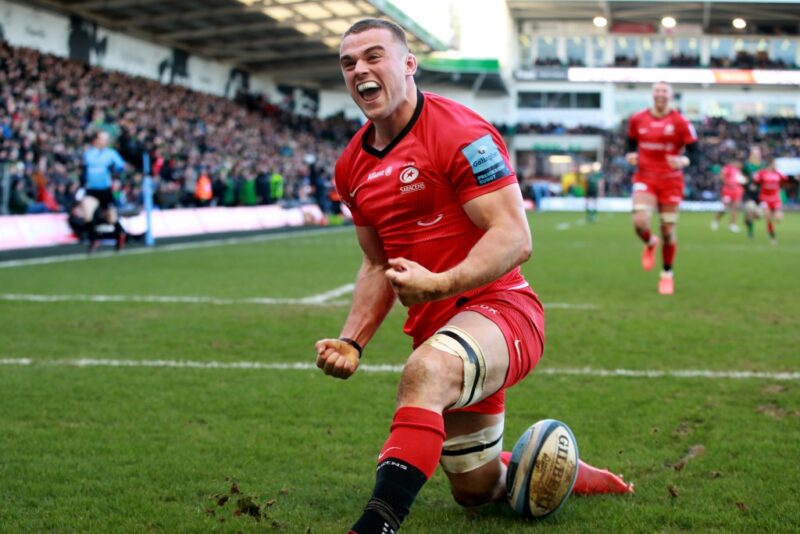 Back row dervish Ben Earl will clock on earlier than expected at Bristol with twin objectives of winning a Premiership title and nailing down a hard-won England place.

Capped three times during the Six Nations, Earl had been due to join Bristol this August. However, along with fellow Saracens loanee, fly-half Max Malins, he has already checked into digs in Clifton in a bid to fast-track his way into Pat Lam’s ambitious, new-look side.

Earl, 22, told The Rugby Paper: “It’s a daunting move in its own way but exciting at the same time; we’re signing for a good team and, hopefully, we can achieve good things.

“Both parties saw eye-to-eye and once it became apparent the season wouldn’t restart until August, there was no point delaying. Max and I are going to Bristol to play and the best way to do that is to get in and around that environment as soon as possible.

“I’m looking at this as a refreshing new challenge. People come out of Saracens and you think there’s only one way of doing things, but Bristol have got some incredibly strong players as well and some great game plans so I’m looking forward to tapping into that.

“I’m under no illusions that I’m going to walk into this team, though, because they’ve got top quality back rows like Steven Luatua, Nathan Hughes, Dan Thomas and others. I’ve got to work really hard to learn the structures and adapt to what the coaches ask.”

While established England stars such as Maro Itoje, Owen Farrell, Elliot Daly and Jamie George are opting to stay at Saracens, Earl’s decision to move was a no-brainer.

“Staying just wasn’t an option for me,” he explains. “As much as I wanted to, this is the next best solution and I’m very thankful that we’ve come to this position.

“When Max and I had our one-on-ones with Saracens, they said going out on loan was the best thing for us at this stage of our careers and asked which clubs interested us.

“We named a few clubs aside from Bristol, but Bristol came out of the blocks and said they were really keen to have us. It’s an exciting city, an exciting team Premiership-wise who are doing incredibly well and have a good vision, so it tied up really well for me.

“Pat Lam’s a great speaker and he sold me the vision. He strikes me as a man you want to play for and he’s going to change our thinking around the game. Hopefully, he can lead us towards some glory days.

“Winning this season’s title has crossed our minds. Bristol are certainly in a position to challenge, so why not? With the additions we’ve made in Kyle Sinckler, Semi Radradra, Chris Cook and Max, these are really good players.”

A fast start at Bristol would aid Earl’s chances of adding to the three replacement cameos he enjoyed in England’s Six Nations wins over Scotland, Ireland and Wales.

He said: “My debut at Murrayfield was memorable for a number of reasons, not least the awful weather, but it was great to get on with 15 minutes to go and make a positive impact.

“The challenge Eddie Jones gave me was whether I wanted to be a six-cap player or a 55-cap player? It’s an easy answer but much harder to do.”

Earl adds: “Eddie challenged me constantly over 18 months to play tougher and be a bit more of a seasoned Premiership professional. It’s easy to say, ‘He’s young, he’ll improve at some point,’ but why not let it come right now?

“Tom Curry’s been doing it for a couple of years on the international stage and he’s the same age as me, so the penny dropped. I worked out the kind of player I was and, while everybody’s got weaknesses they can work on, don’t stray away from what you’re good at.”

As a breakdown specialist, Earl has taken a keen interest in affairs in New Zealand where revised interpretations around the tackle area have been exhibited in Super Rugby Aotearoa.

“It’s going to be interesting,” he said. “Even before we start playing again there’ll probably be some evolution on what we have seen, but there’s a contest to be had there, for sure, especially in the summer months, and I’m sure we’ll see attacking rugby.

“Referees were very quick to blow in the first weekend of action and it will just put more onus on one-on-one tackles, with quick ball being pretty paramount in attack.”