Aaron Cruden in for the Chiefs as they host Blues 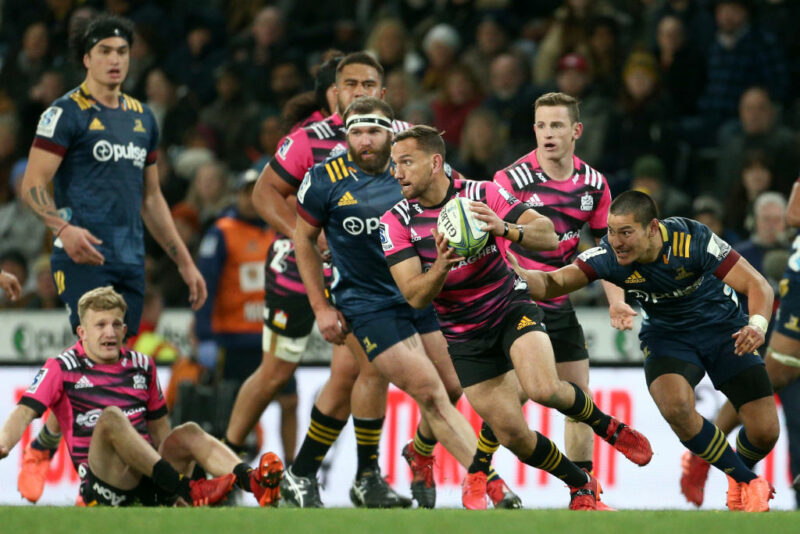 Head coach Warren Gatland has promoted Aaron Cruden to the Chiefs starting line-up for this weekend’s clash against the Blues.

The All Blacks fly-half came on as a replacement as the Chiefs fell to defeat in the Super Rugby Aotearoa curtain-raiser in Dunedin, thanks to a late drop-goal by Bryn Gatland for the Highlanders.

Cruden returned to the Chiefs for a second spell at the start of the 2020 Super Rugby campaign, after a stint in France with Montpellier.

Now 31, Cruden will start in the half-backs alongside Chiefs stand-in skipper Brad Weber for the visit of the Blues, who claimed a 30-20 victory over the Hurricanes in Round One last week. With ten rounds of matches to come, you can check out the best rugby betting sites for the ideal odds.

Gatland also makes one change to the pack as lock Naitoa Ah Kuoi also moves from the bench to start with Tupou Vaa’i in the second row.

While newly-appointed All Blacks captain Sam Cane continues to be short of match fitness due to a back injury.

“Last week against the Highlanders we weren’t clinical enough and they capitalised on those opportunities we gave them. This week we need to be sharper and deliver a more dominant performance,” Gatland said.

“The Blues have some great playmakers and will be a dangerous team. They performed well last week against the Hurricanes and will be hoping to back it up again.

“The guys are excited to run out to the field in front of what is expected to be a near capacity crowd. It is now up to us to deliver for them and show our thanks for their support.”

Blues coach Leon MacDonald has made only two changes for the contest, and they both come in the back row as Akira Ioane and Dalton Papalii return to the flanks.

Otere Black’s unchanged selection at fly-half means Beauden Barrett’s opposite number at full-back will be All Blacks teammate Damian McKenzie.