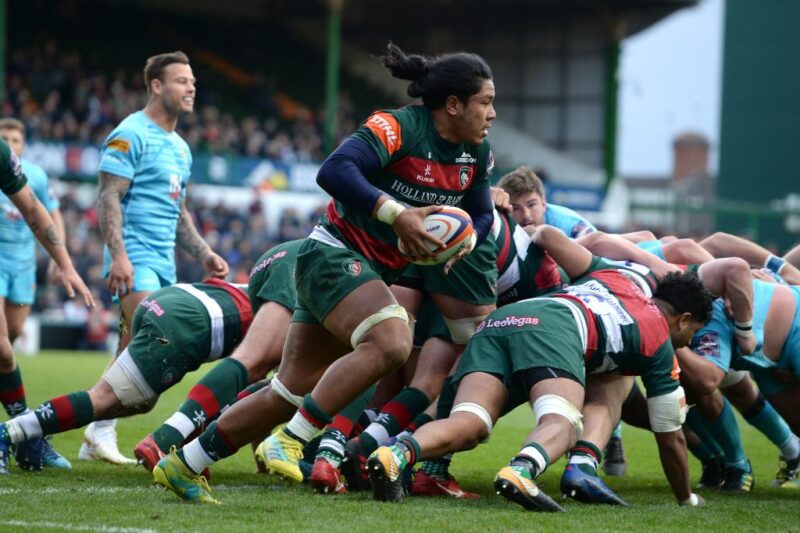 Fred and Brian Tuilagi have become the latest players to sign for London Scottish for the 2020-21 Championship season.

The brothers, both nephews of England international centre Manu Tuilagi, have concluded excursions in Italian club rugby to join the Exiles under new director of rugby, Matt Williams.

Back-five forward Brian Tuilagi, 26, has ended a spell with Mogliano in Italy’s Top12 league, while No.8 Fred, 23, represented Rugby Colorno.

Williams said: “I’m beyond excited to work with Brian and Fred. They play slightly differently in style, but will massively complement each other and still carry the physicality you’d expect from a Tuilagi in defence and with ball in hand.

“With the added spice of the boys finally getting to play in the same team I can’t wait to see them drive each other on to produce excellence, whilst wearing the Tartan. They will bring a real physical threat to our pack.”

As one of the most famous names in English rugby, heralded by the career of father Freddie Tuilagi, who like Henry and Alesana after him, played for Leicester Tigers.

It was at the Tigers academy where the London Scottish newcomers began their career, with Brian moving on to Newcastle and then Saracens.

Of the rugby heritage which ties the Tuilagis to English rugby, he said: “It’s a blessing that our family have had the success that they have had. We’re very proud of our family and what they’ve achieved over the years. Hopefully soon we can replicate some of what they have accomplished.”

Looking ahead to playing for Scottish, former US Dax back row Brian said: “I’m looking forward to getting back into the English system and showcasing what I’ve learnt in the last three years in France and Italy.

“I can’t wait to meet the boys and the coaching staff. Hopefully we can make some good memories both on and off the pitch. It’s already a good start when you don’t have to learn a new language!”

Last week Scottish announced the departure of captain Lewis Wynne to Jersey Reds. But the loss of the flanker to their back row has been addressed with the signings of the Tuilagi brothers and new terms agreed with club legend Mark Bright.

The trickle of new signings to be announced this month was kicked off by the news lock Toby Freeman would be moving from nearby Twickenham Stoop to Scottish.

The arrival of the Harlequin was followed by scrum-half Luke Carter, captain of Hartpury, to the Athletic Ground.