Oghre, Willis and Barbeary can all get Wasps firing, says Richard Blaze 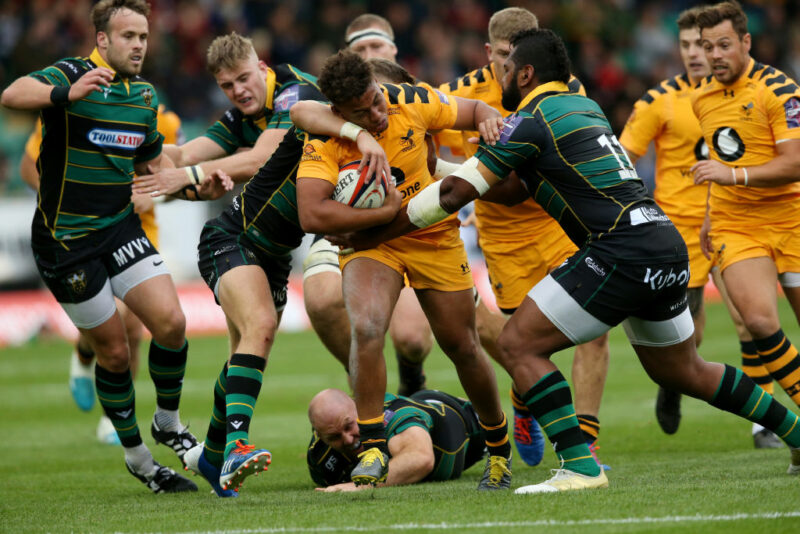 Wasps-bound forwards coach Richard Blaze says there is enough talent at his disposal to ensure the club punch their weight in a fierce battle for Midlands supremacy.

With Wasps and Blaze’s former club Leicester assembling new coaching teams and Northampton flying high under Chris Boyd, three ambitious clubs are preparing to go at it with a third of the season remaining and local rivalries set to reach incendiary levels.

Blaze, set to join Wasps after three years coaching men’s and women’s teams at the RFU, told The Rugby Paper: “There’s a great core of players at Wasps who suit the way (head coach) Lee Blackett wants to play – fast tempo, but also capable of meeting the challenge of Plan B by making sure we can be physical and tough through the winter.

“There are good, established forwards but the growth of the academy has also been good and you’ve seen that with the Willis brothers, Jack and Tom, coming through. There are also excellent young hookers in Gabriel Oghre and Alfie Barbeary I’m excited about.

“Throughout the pack there’s a lot of talent – then outside that Jacob Umaga stepped up last season as a young fly-half in a very hard league. Having seen a lot of those guys through working with England U20s and the pathway, Wasps are in a very good place.”

Blaze is determined to see more Wasps players make the grade with England.

He added: “I coached Gabriel in the U20s and he’s a great character and a naturally gifted footballer who’s a good link player and is more your modern-day hooker.

“Alfie Barbeary is a guy who I also did some work with last November and he’s been a standout at England age group level as well. Both those guys have huge futures and with Tommy Taylor and Tom Cruse at the club, we’ll be in a very privileged position at hooker.

“When Wasps got in contact with me, it seemed like a really good opportunity to be part of a set-up that in essence is an old, traditional club but one that finds itself in a new-found era following the move from London – massive change, but still with loads of ambition.

“There’s been a big emphasis on growing the club; they want English-qualified players and guys playing for England, which is a really exciting proposition for me.”

At 35, it is hard to believe former lock Blaze has been coaching at the top level for a decade since being forced to retire through injury in 2010. He remains grateful to ex-Tigers boss Richard Cockerill for setting him on the coaching pathway at Welford Road.

Blaze explained: “I feel quite old for my age – maybe it’s just the people I hang out with! – but having been unfortunate to retire at 25, I was given a real good opportunity to get into coaching early.

“I probably did it the wrong way round in the sense that I got dropped in at the top end as an assistant coach at Leicester and took on more responsibility, but Cockers was great.

“I’m still very good friends with him and we’ll talk about different points of the game. Having spent a lot of time with him, first as a player at Tigers and then as a coach, he’s a very different person now to when I first started coaching and he’s been a good mentor.

“His delivery is different but his philosophies of the game are still the same around being a tough, physical team and the need to have a strong set-piece to win in the northern hemisphere. You can see that with Edinburgh now.”

Blaze’s three years away from Leicester have been well spent. He said: “I had seven years at Tigers but needed to broaden my experience and working for the RFU has been enjoyable.

“I’ve spent time with the men’s U20s and the pathway, and then moving across to the women’s team enabled me to work better on managing individuals and getting the best out of them in different teams away from the week-to-week of the Premiership.”

While Leicester have spent the last two seasons in the doldrums, Blaze predicts Wasps and the rest of the Premiership must brace for a furious Tigers backlash. He added: “Steve Borthwick going there will be huge for them and Geordan Murphy is only going to flourish in the director of rugby position he’s in now.

“Geordy’s one of the best people for managing individuals and getting the best out of them – that’s what you saw when he was captain at Tigers and while he’s not a ranter or raver, he’s certainly got that in his armoury if that’s what it takes to do the job.

“Steve’s one of the best, if not the best, coaches out there after what he’s done with England, the Lions and Japan, so he’s only going to make Tigers flourish through his planning and detail.

“It’s brilliant for Midlands rugby and with Northampton going well, there’ll be three very good teams within a power-triangle and it’s a challenge I relish.”