Mills: This Wasps backline can help challenge for titles 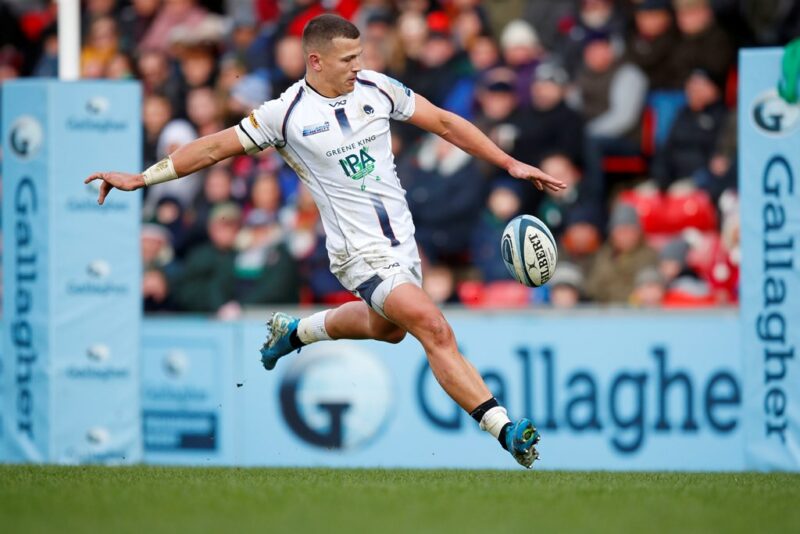 Ryan Mills aims to ensure his career does not go unfulfilled as he prepares to reunite with Dan Robson and help fire Wasps to the Premiership title.

Former England U20s star Mills has long been seen as one of the top-flight’s most talented players but was afforded little opportunity to show it at Gloucester, before six subsequent seasons at Worcester failed to provide the satisfaction of a top six finish.

Having turned 28 last weekend, the midfielder believes a potent Wasps attack containing ambitious stars such Robson, Jacob Umaga, Lima Sopoaga, Malakai Fekitoa and Zach Kibirige will be more to his liking when Lee Blackett’s side eventually resume their charge for the play-offs.

Mills told The Rugby Paper: “I’ve spoken to Wasps a few times over the years and it’s a place I’ve always had an interest in because of the way they play rugby. I’ve spoken to Lee and the main reason I’m going there is because it’s such a good match with my skill-set.

“That’s a huge driving force for me now because my strengths suit their strengths and the ambition they want to play with. It excites me because that’s how I would like to play my rugby and, hopefully, that will inject some enjoyment back into me so I can play my best.”

Mills added: “I hope I’m approaching my peak because I feel like I’m in a very good place physically. My understanding of the game is about as good as it can be and I just want to deliver on the potential I’ve always had.

“To be honest, I’ve been disappointed not to be able to give more to Worcester and play a bit better because at times I’ve been good and at other times things didn’t go in my favour. I don’t think they saw the best of me so I’m hoping going to Wasps will bring that out.

“I don’t think I’ve delivered my best throughout my career, so I’m excited by this challenge and it will be like my first day at school – I haven’t felt that for a long time.”

With Robson already at Wasps, Mills reflects: “Dan and I lived next door to each other at Hartpury College for two years and then lived together for four years at Gloucester, so we know each other pretty well.

“We played in England age group teams together, so although we went our separate ways after Gloucester it’s exciting to be linking up again and we hope to achieve good things.

“Everyone knows how good a scrum-half Dan is and I’m looking forward to being part of a talented group and tasting a fresh new environment. It’ll be a reset for me and I’m looking to pick up things from experienced guys like Malakai Fekitoa and Jimmy Gopperth.

“One of my strengths is helping to bring through younger players, which I think I’ve done well at Worcester. Wasps have got good young guys like Jacob Umaga (right) and something I really enjoy is making others better, so I’ll look forward to that.”

While Worcester have struggled to make an impact in the Premiership, Mills is convinced they still have the potential to be challengers. He explained: “It has been frustrating but I do believe they have an opportunity to be up there.

“They’ve got some really good young players. As long as they keep maturing them, they can be successful.”

As for Wasps’ title chances, Mills added: “They had a hell of a turnaround and were probably one of the teams who didn’t want the season to stop. You don’t know what condition teams will be after the break, but my feeling is Wasps will be in a really good place.”